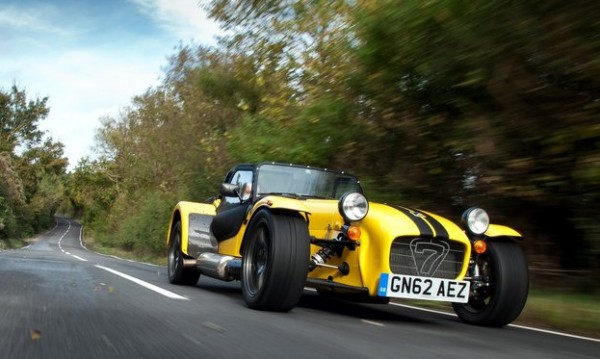 American tuner and custom car maker Superformance has been appointed by the British sports car maker Caterham as the official representative of the brand in the United States. In the first phase they will import 480 and 620R version of the Caterham Seven, with other models to follow later.

In true Caterham fashion, the Sevens sold in America will come in part-built form. You buy the rolling chassis and have to build it yourself. That is probably why they didn’t have much headache getting through the red tape of importing the cars. It classifies as a kit car. Think of it then as a smaller, cheaper, more sophisticated version of the AC Cobra. Only instead of a V8, these cars have four-bangers!

Caterham has been expanding its business all over the globe in recent years and months, appointing new dealers and opening new showrooms wherever they could. They are preparing for the launch of their new sports car, jointly developed by Renault. Unlike the Seven, the new model is a proper car with roof, doors and everything. Which is why they need proper facilities to sell it. And they expect to sell it in big numbers.

“The US market has always been a difficult one for us, thanks to the stringent federal homologation rules. But we know there is an appetite for our particular brand of lightweight and performance and we already export our SP/300.R to the States through Dyson Racing,” said Caterham Group CEO Graham Macdonald. “In the last two years, Caterham has significantly broadened its reach internationally and signing a new official distributor in the form of Superformance in America is a natural extension of how our brand is expanding, rapidly, across the globe.”