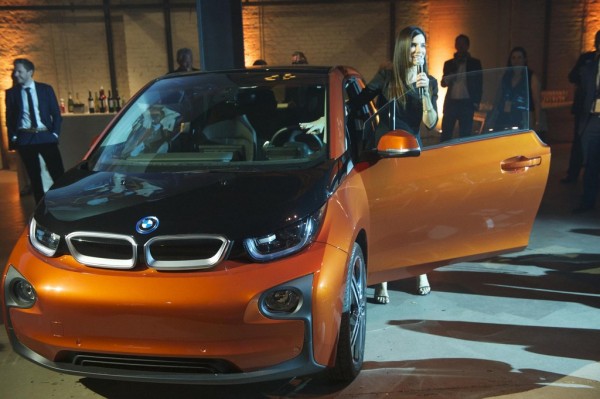 All car makers are these days involved in various charity events. Some of them like Ford prefer more common causes like supporting poor people and some like GM help medical centers. BMW, however, maintains the snob factor even here, supporting only the high-end events that have to do with environment and green movements.

Brad Pitt’s Make It Right charity event, then, fit the bill perfectly, and they responded by donating a $55,000 BMW i3, which was raffled at the gala by Brad Pitt and Sandra Bullock.

Make it Right campaign builds green homes, buildings and communities for people in need. Their portfolio includes building some 100 environmentally friendly homes in the Lower 9th Ward in New Orleans, designed by some of the world’s top architects. Funds raised from the latest event will be used to build more homes in New Orleans, Kansas City, Newark and the Fort Peck Indian Reservation in Montana.

This event was also in BMW’s favour, as it gave them a chance to showcase the i3 electric car to a select group of rich environmentalists, each of which a potential customer for “i” cars. They would especially like the fact that BMW i3 is created using solar and wind power.