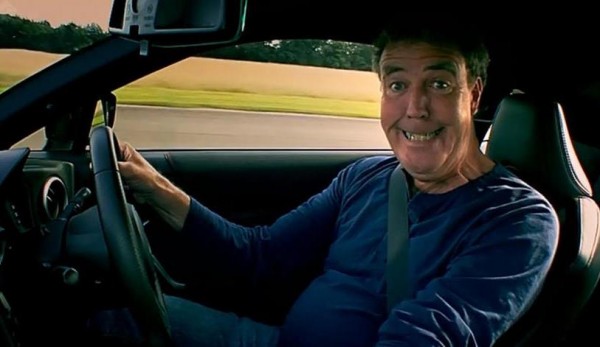 Famous for his clever and often offensive remarks, Top Gear host Jeremy Clarkson finds himself one again in trouble after Daily Mirror uncovered a piece of unaired film from Season 19, in which Clarkson, allegedly, uses the n-word.

The British paper has published a short clip on its website showing the original take from the Toyota GT86 film, in which Clarkson compares the car with the Subaru BRZ using the “Eeny, meeny, miny, moe” rhyme. In it Clarkson can be heard using the n-word under his breath.

The Mirror is said to have hired audio forensic experts to confirm Jeremy Clarkson has said the word. Come to think of it, the tabloid must be running so low on interesting news stories that they are prepared to go to enormous length to uncover stuff like this. Clarkson, of course, has denied the accusation on his Twitter account: “I did not use the n word. Never use it. The Mirror has gone way too far this time.”

What Jeremy cannot deny is using the word ‘slope’ in the Burma special, aired a few months ago. On the face of it, he was referring to the unevenness of the surface of the bridge they had built. But as Andy Wilman, Top Gear producer, admitted later, it was a “light-hearted word-play” with reference to the Asian man walking on the bridge. Slope is a derogatory term for Asian people.