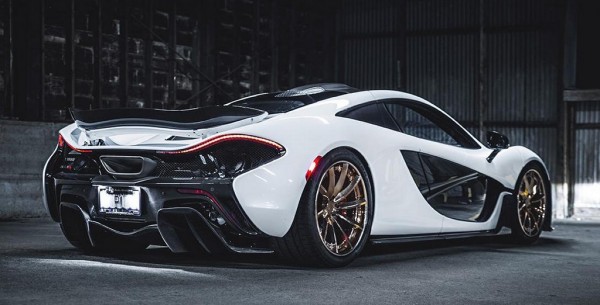 It was only a matter of time before SR Auto Group got their hands on a McLaren P1 and now that they have, they’ve treated it to something quite special. It’s a set of classy gold wheels by PUR Wheels which complement the white paint job of this particular P1 rather beautifully.

These gold PUR wheels on SR Auto McLaren P1 are probably heavier than the hyper car’s standard set, and if we’re honest they don’t look much better. But that’s missing the point. High-end expensive wheels are all about the presence and the weight of the brand. In that aspect this P1 is the best in the world right now!

Seeing as P1s don’t grow on trees and are extremely rare, especially white ones, we are fairly certain this McLaren P1 is Manny Khoshbin’s car which set the social media abuzz a few months ago. This car proves that sometimes the simplest color combo – plain old white combined with exposed carbon fiber – is the best choice. 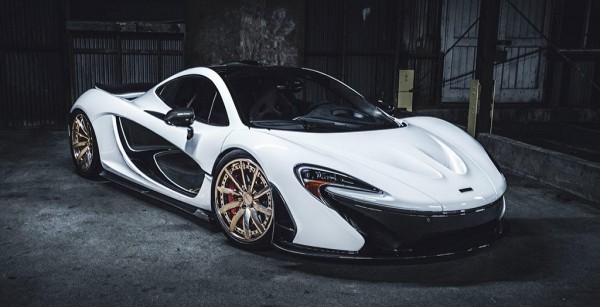 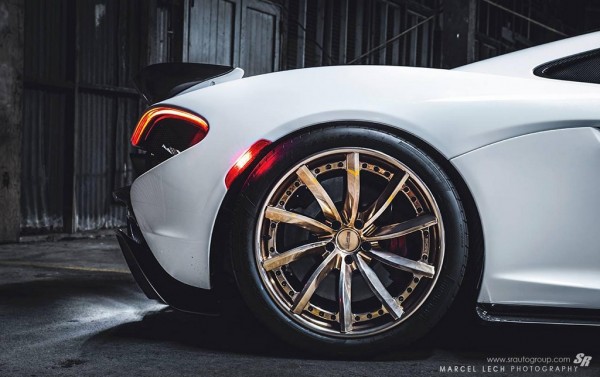