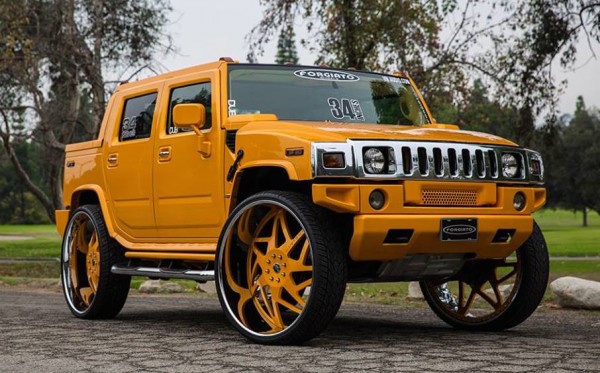 Even though it was completely pointless and utterly stupid, we find ourselves missing the Hummer H2. The car lacked any sense of logic so bad, GM had to kill it off and cut their losses. But the fans of the big old bruiser are still active and still very fond of fiddling with it.

Hummer H2 is one of the biggest production cars of all time, so when it comes to modifying it people have to thing big. The owner of this orange H2 pickup, for example, wanted some new shoes for his car. After looking around a bit he went to Forgiato Wheels and ordered a set of their exotic Finestro wheels. 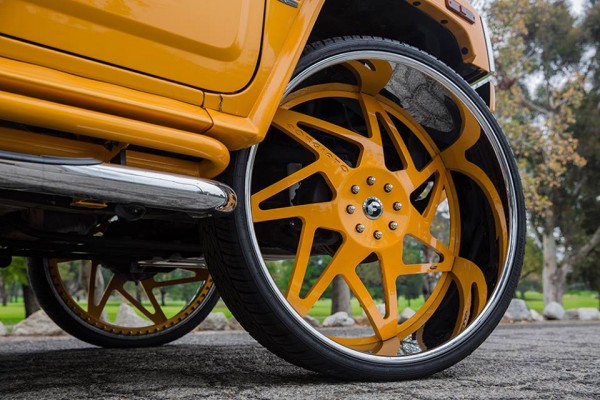 The design of the wheels, as you would expect from Forgiato, is pretty insane. But that’s not the only thing making this set unique. The rims measure a staggering 34-inch in diameter. Each of them is almost as big as the engine block in this car! 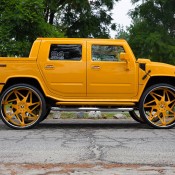 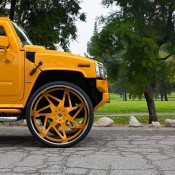 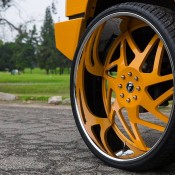 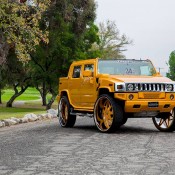 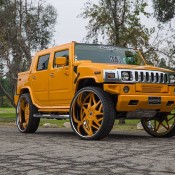 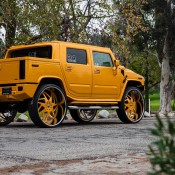 These wheels fit the Hummer H2 very well as they are, like the car itself, a bit silly. But the world needs silly stuff, otherwise it becomes a dull and boring place. We still hope GM would bring back the Hummer sometimes in the future, if just for the fact that it made the streets look more… fun.