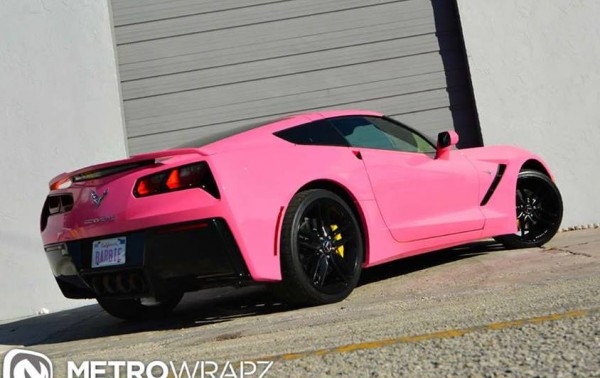 About a week ago Paris Hilton set her fans’ pants on fire when she tweeted – or instragram’d, to be more precise – a picture of her wearing a pink dress, sitting on a pink Corvette. The guys at Metro Wrapz, who did the wrapping for her, have now released a few more shots of the car for your viewing pleasure.

Paris Hilton, as everybody knows, is the epitome of the girly girl concept and therefore she likes the color pink a great deal. And this gloss pink Corvette Stingray is not here first car in this color. A few years ago she went to West Coast Customs and asked them to paint her Bentley Continental pink. 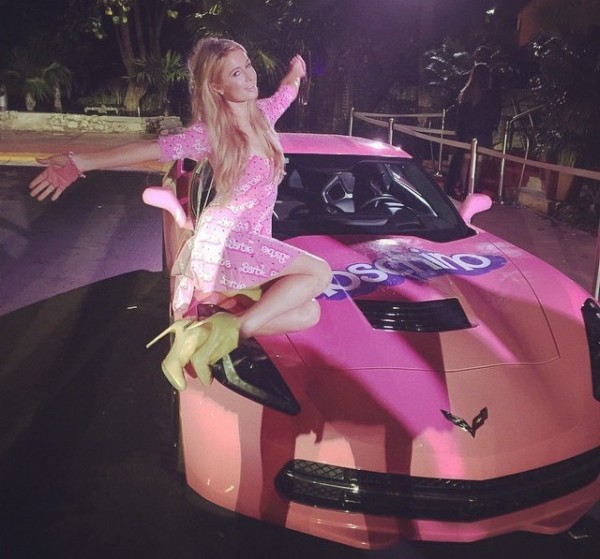 Like many of you guys, we don’t like pink cars, and we don’t like Paris Hilton. But we admire her love of cars, and her self-restraint in not wrapping her Lexus LFA pink. That car, mercifully, remains white.

The pink Corvette by Metro Wrapz features a set of matte black wheels and yellow brake calipers, and it has a small spoiler at the back. Apart from those, the car is in standard nick. Paris wouldn’t want to drive too fast, as the whole point of wrapping your car in this unique color is to cruise around and let people see you. 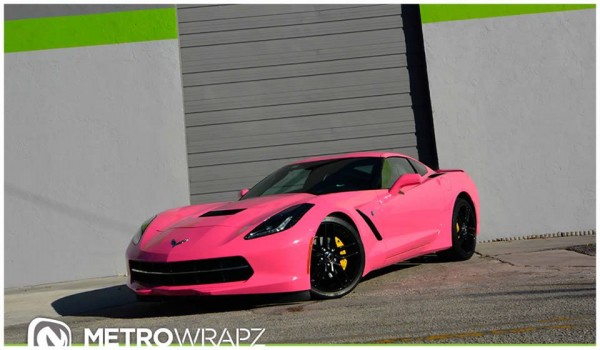 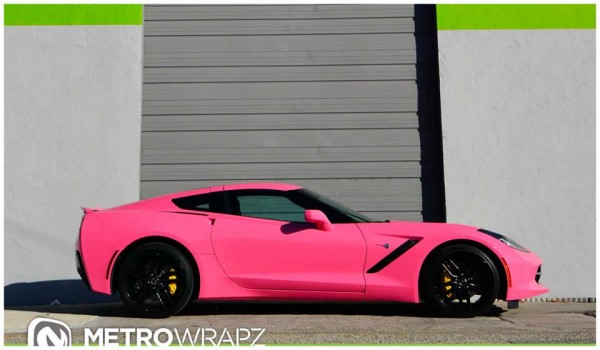 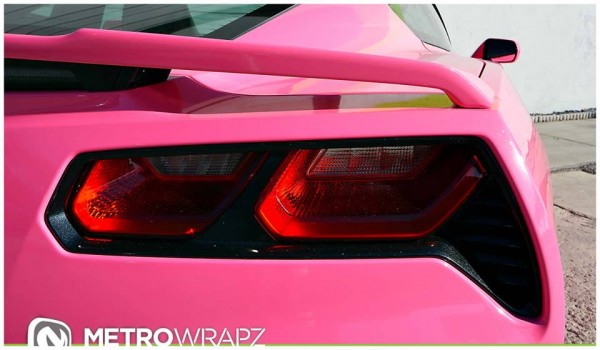 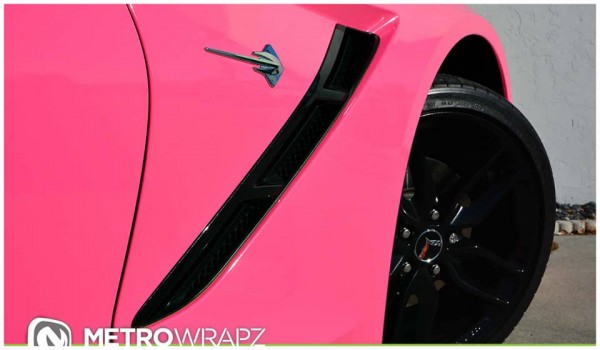