So today, and after a long time waiting for a first glimpse, Chevrolet released the first teaser for the all-new and long-anticipated mid-engined Corvette. It’s a video showing the sports-nay-super car in action around New York where it will be making its world debut in July. It’s a momentous car, featuring momentous changes, so the speculation market is quite hot around it and here in this piece we are going to partake of it.

Let us start with the looks and see what kind of design can be expected from the 2020 mid-engined Corvette. Obviously, the car is still under full camouflage and we can only make out its rough dimensions and overall stance. But those are enough to know the new ‘Vette has graduated from being a mere GT and has entered the realm of true super cars. There is something of the NSX about the overall shape of the car, but we’re sure that’s only superficial and when we see the thing in full glory the looks will be up to the expectations.

Codenamed the C8, the new Corvette will compete with the likes of the Ferrari F8 and it will be a more direct opponent for the 911. Actually, it will be closer to stuff like the GT3 RS rather than the vanilla 911. With a body like that, Chevy is not going to mock about with weak-ass basic versions. The C8, almost certainly, will be offered with big power right from the get-go. What is the point of giving the car a whole new chassis, layout and body if you are not upping its game in terms of performance? One would not be far off reality if one said the new ‘Vette is to take on McLaren products. It certainly looks like it should be capable of doing so. 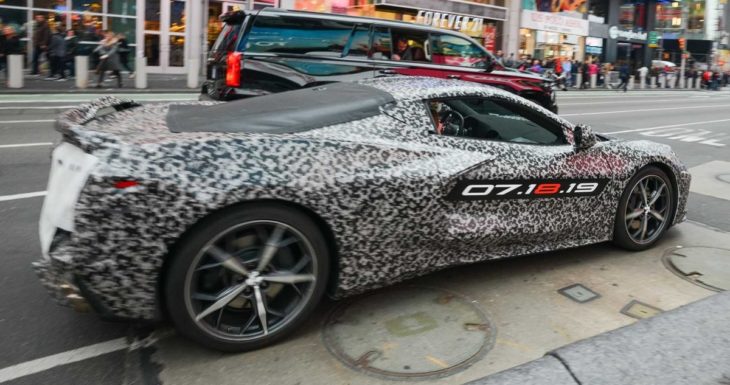 That said, Chevrolet is probably going to retain the Corvette’s trump card, which is its price. Compared to its European rivals, the ‘Vette has always been a bit of a bargain relative to the performance it offers. So while the new design is fancy, the plastic and fiber glass build will probably still hold true – though with an infusion of carbon in strategic places – and the engines will be close what is currently on offer. There have been a lot of talk about the C8 getting a turbo engine. And it is very likely. But the first models to come out are apparently going to boast a naturally aspirated V8, a tweaked version of the C7’s motor. 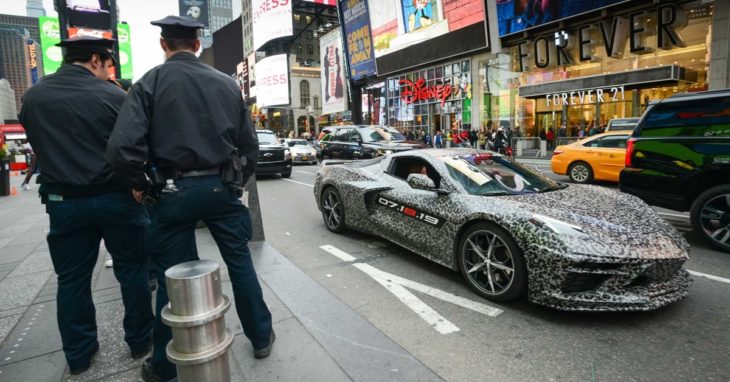 Whichever way the mid-engined Corvette goes vis-a-vis looks and power, the one certainty is that it is going to give the old-school fans of the car a big shock. Gone is the long, sloping bonnet that would rise skyward at the slightest touch of the accelerator, and the drifting capabilities of the older models are replaced by precise handling and spot-on road holding. And we’re not sure that’s necessarily a good thing. Sure, the new characteristics will enable the Corvette to compete with its sophisticated European foes in this modern age. But there are still a lot of people who would gladly trade razor-edge handling for the fun and games of the old, crude models. Still, the new ‘Vette might be appealing to those who want a fast and cool mid-engine supercar but cannot afford any of the high-end stuff.