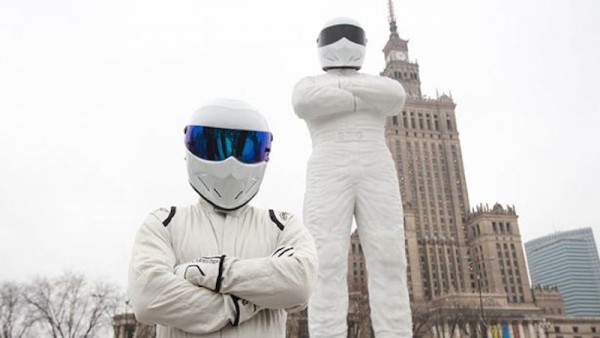 A few days ago we introduced you to the Stig’s giant cousin, simply known as the Big Stig. This 9-meter statue of Top Gear’s tame racing driver has now arrived in Warsaw, Poland, where it is now on display just outside the Palace of Science and Culture.

As mentioned before, the reason for all this trouble is creating some hype for BBC’s new channel, BBC Brit, to be aired in Poland in the near future. Obviously, Top Gear is going to be one of the most popular programs on this channel, and so they channeled some of that popularity to raise awareness about the… well, channel.

The Big Stig is made entirely out of fiberglass and it took some men literally some time to finish it. It is waterproof, but its makers say it should only be hand-washed in warm soapy water. The giant Stig was sent to Warsaw on the back of a flatbed, crossing Amsterdam, Berlin and Poznan to reach the Polish capital.

Top Gear’s man on the ground, Simon someone or other, commented on the occasion: “The erection itself was executed with military precision. There was definitely no distressed shouting from the people in high-vis jackets and bob hats. On Thursday morning, actual Stig commandeered the cherry-picker to get a closer look at his effigy. After an awkwardly long time, he strode off… into the sub-zero temperatures without so much as a goodbye.” 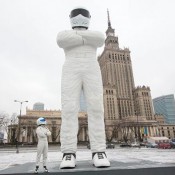 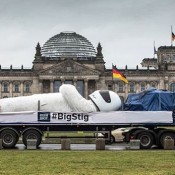 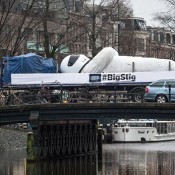 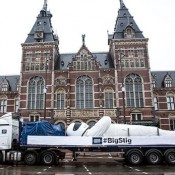 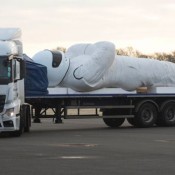 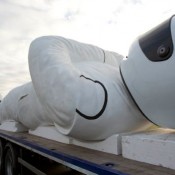 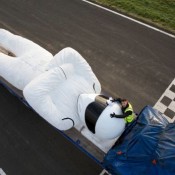 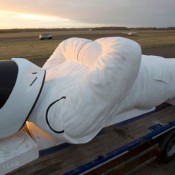 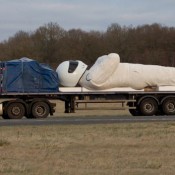