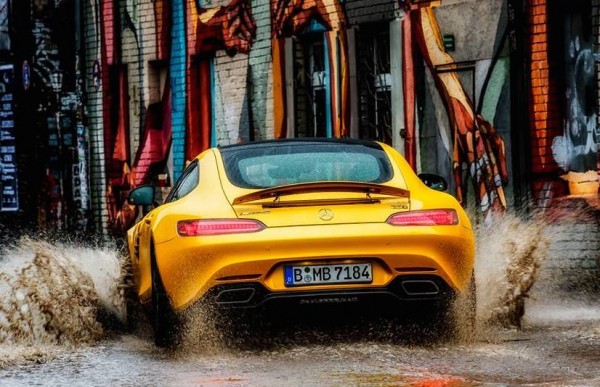 The new Mercedes AMG GT continues to stun and wow wherever it goes. A few days ago we showed you a Solarbeam GT shining like a star in Bordeaux. Now check it out making a splash, both literally and figuratively, in Berlin.

Whenever the words ‘Berlin’ and ‘Wall’ are mentioned in the same sentence, the mind is immediately drawn to awful days of the yesteryear and all the misery this magnificent city has seen over the ages. But don’t let history dampen the mood here, because the wall in question here is a graffiti wall, and the purpose of it is to show how modern, sleek, and just plain artsy the Mercedes AMG Gt looks. 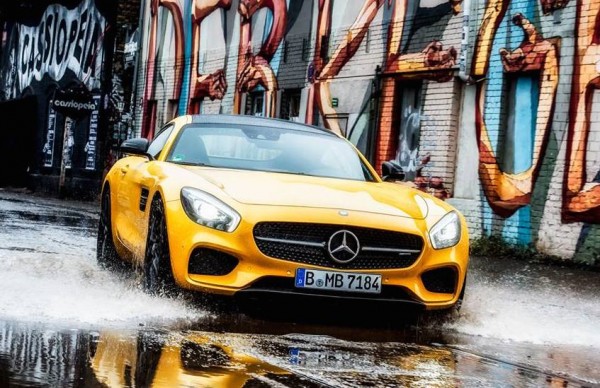 AMG seems to have nailed it on the head this time. They have made a car that even people who don’t normally like AMG cars can help but praise. You have probably seen the latest episode of Top Gear Series 22 in which James May drove the AMG GT and was totally smitten by its fine blend of style, power, handling, and sensibility. That last bit is a new thing for an AMG product, but it’s there, and it’s real! 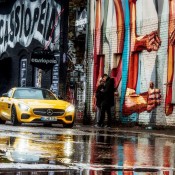 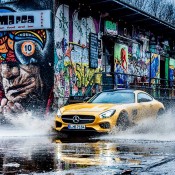 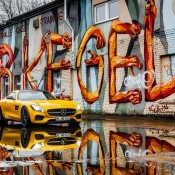 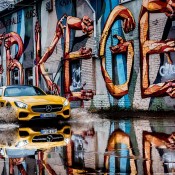 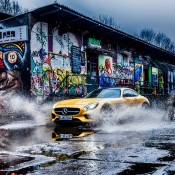 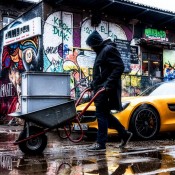 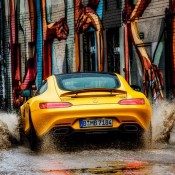 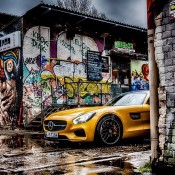 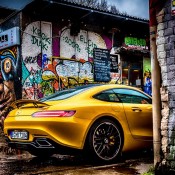