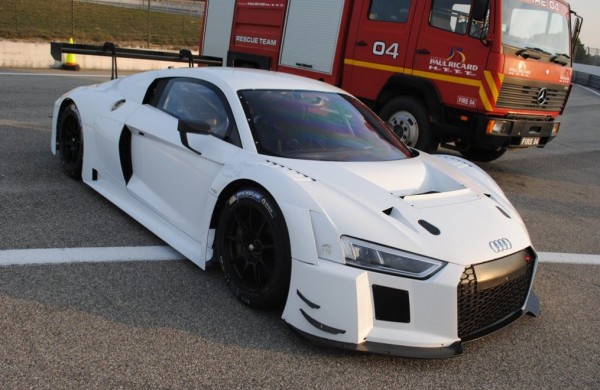 Only a few days after its world debut next to the road-going R8, the new Audi R8 LMS was spotted locked and loaded and ready to go at the Paul Ricard Circuit in France. It is kind of weird to see a race car without its racing livery, but the LMS still looks pretty good what with those huge fenders and massive aero parts.

Being a customer race car, the new Audi R8 LMS is closely related to the road-going version which this time around comes only as a V10 model. The LMS too gets a V10 engine rated 585 horsepower, but it is stripped off of its luxury amenities and extra garnish and equipped with a unique aero kit which is not only functional, but also looks pretty tasty as well.

The combination of low weight – 1.2 tons – big power, and clever aero makes the 2016 Audi R8 LMS an absolute beast on the race track. The car is yet to be tested against the competition –  some of which like the Lamborghini Huracan Trofeo were present at Paul Ricard the day this white prototype showed up for its shakedown – but if the ultra-successful previous version is anything to go by, it is going to kick ass all the way to the podium.

One thing we hope the R8 LMS results in is the launch of hard-core, high-performance versions of the road-going R8, preferably with a similarly aggressive body kit! 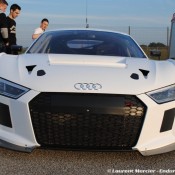 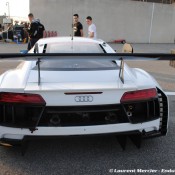 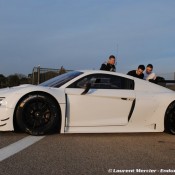 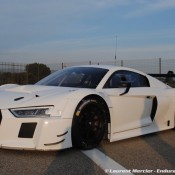 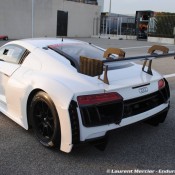 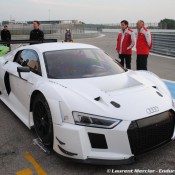 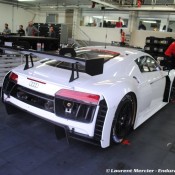 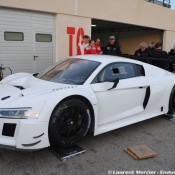 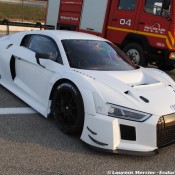 Photos by Laurent Mercier of Endurance-Info