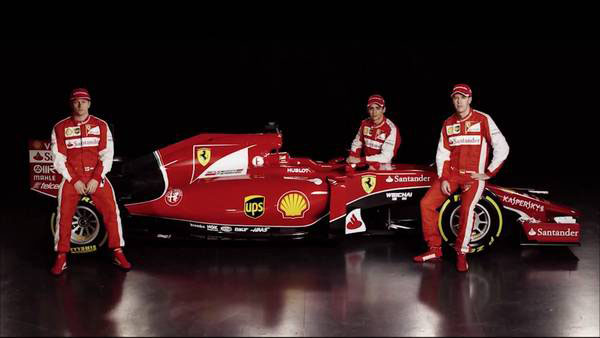 Well that’s the theory, anyway, a plan Ferrari hopes will lift their spirits along with their points statistics compared with a poor and winless 2014.

New team principal, Maurizio Arrivabene claims the relatively low target of just two wins comes from being realistic. With the champagne being on ice since the 2013 Spanish Grand Prix, I guess Arrivabene is also being pragmatic and aiming to start small. 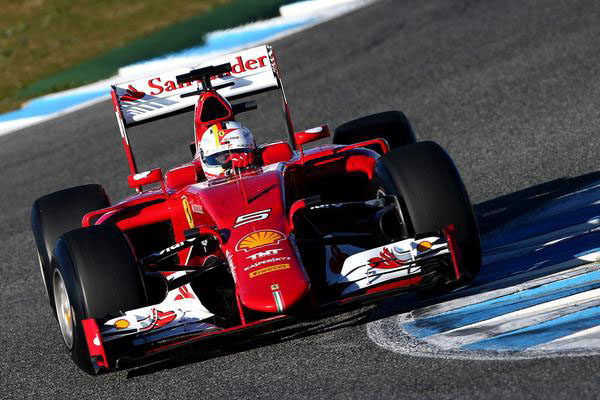 Of course, Scuderia Ferrari aren’t saying they won’t win the world championship, especially with some “certain modifications” they say are interesting and a certain German four-time world champion behind the wheel, but dream aside, the Italians are committed to the two-win plan.

At the end of January, Ferrari revealed their 2015 weapon, the sexy SF-15T, a car having undergone significant surgery to alter its 2014 anteater schnoz.

In fact, looking at the SF-15T side on and I start to get a little excited and reach for my Matchbox 641/2, the car Alain Prost took six F1 victories in 1990 with.

Considering the anteater car was ugly as sin and didn’t win a single race, could it mean the sexy SF-15T will win every race? Perhaps it’s because I’m a little biased being a diehard Tifoso, but I think Ferrari success would only be a good thing for the sport, an extra force to shakeup the points table and take the fight to Mercedes.

Without going into too much technical detail (see the Revelations video at the end of the jump), the side pods are bigger and more aggressive, and the engine has received a serious overhaul – these two design changes combined will hopefully claw back some of the time lost in 2014 due to engine/power unit issues.

Technical director, James Allison claimed a lack electrical energy recovered from the turbo was also a reason Ferrari couldn’t challenge for the top of the podium in 2014. It also explained a stronger qualifying pace over a longer race pace.

As the season progressed, the 2014 car was improved upon, and it’s this information and data used to create a more competitive SF-15T power train. 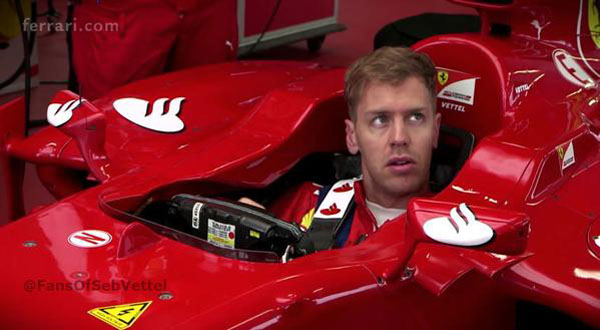 Another new force behind Ferrari’s campaign is ex Red Bull pilot, Sebastian Vettel. After experiencing a lack lustre 2014, a season crammed with DNFs and being upstaged by his younger teammate, the German will be looking to take over where Michael Schumacher left off.

Let’s not forget the Flying Finn and man of few words, Kimi Raikkonen – and let’s not forget he was actually the last Ferrari world champ back in 2007. Okay, so he retired to rally, came back with Lotus and has failed to shine or get on with the Ferrari turbo cars, but never write off the Iceman. 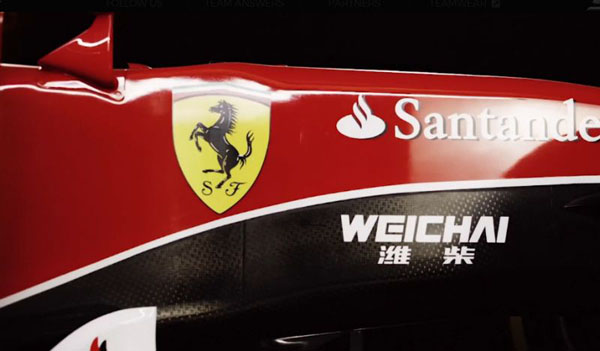 So with a larger set of lungs and a stronger heart, its slippery skin holding its guts and innards closer and tighter, surely the Ferrari SF-15T can notch up two measly wins?

Check out the Revelations video from Scuderia Ferrari below and just marvel how the light hugs and embraces those carbon fibre curves.