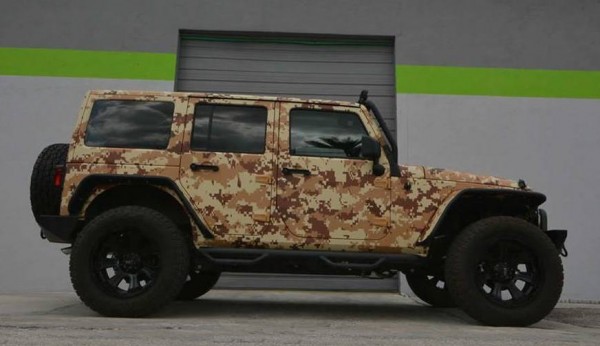 The guys at Metro Wrapz have already done a number of Jeep Wranglers in some pretty interesting camouflage wraps. This time though, they have gone for one of the simplest and yet coolest design: Digital Desert Camo.

If this design looks familiar to you, that’s because you have seen many times on TV, every time there is news about the Marines heading into action. Digital Desert Camo provides perfect camouflage in the desert against sand and rocky terrain. Not that that would be any use concealing this massive truck from view, as those huge black wheels will give it away from miles away.

The same wheels give this Jeep Wrangler pretty awesome off-road capabilities, boosted by its raised suspension, special bumpers, and stiffened underbody. The cool looks brought on by that Digital Desert Camo, then, is not just for posing. This car really is as capable as its appearance will lead you to believe.

So all the effort Chrysler put into coming up with these seven concept Jeeps for this year’s Moab Jeep Safari is now made to look amateurish compared to what Metro Wrapz has achieved with a few square feet of vinyl wrap! 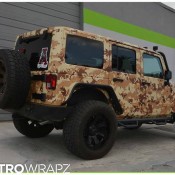 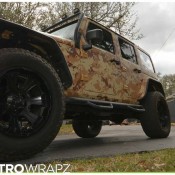 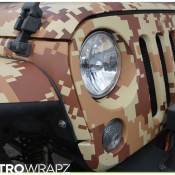 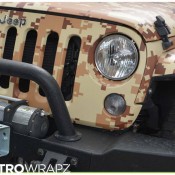 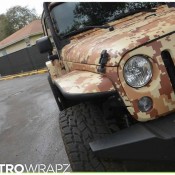 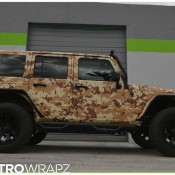