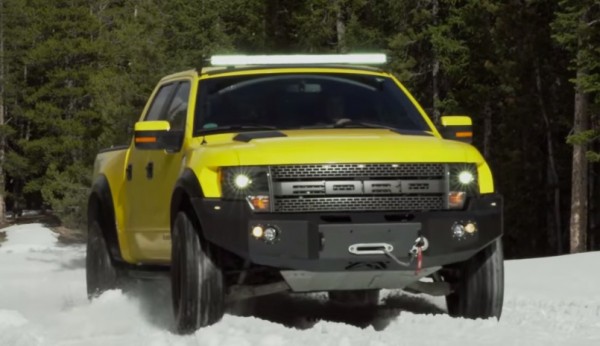 The VelociRaptor 600 super truck made by American tuner Hennessey Performance based on the Ford Raptor is now a globally recognized vehicle thanks to Top Gear. It starred in the very last aired episode of the show in which Jeremy Clarkson drove the Veloci to go and rescue Hammond who was stranded, on purpose, in some cold Canadian wilderness.

VelociRaptor 600 is also kind of associated with the end of Top Gear, but that hasn’t stopped every petrolhead in the land to want one. In this video John Hennessey reveals what it takes to build a truck that can negotiate the harshest terrain, travel at immense speed, and survive Clarkson’s Clarksonian driving style:

There are a lot of cool features about the VelociRaptor 600 that we like. It is a very handsome truck and it has a very beefy engine that gives it a huge turn of speed. It is also a capable off-roader and benefits from lots of luxury amenities as well. But our most favorite feature of them all has to be that astonishing LED lights bar on the roof; the one Jezza aptly described as a collapsed sun.