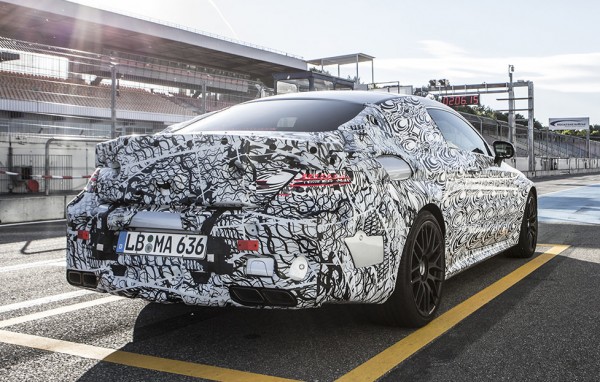 With only one week to go until the official unveiling of the 2016 Mercedes C63 AMG Coupe the firm drops new teaser pictures and a video of the car. Like the previous teasers, the new material show the AMG C-Coupe on the race track, because apparently that’s where it belongs.

The new Mercedes C63 AMG Coupe differs greatly, by the looks of things, from its four-door saloon sibling. It has a more purposeful, sporty appearance, judging by the size of its boot spoiler, and it’s more focused on performance. Thing is though, Mercedes is kind of overdoing it with all the track stuff. This not is not going to be a better track performer than BMW M4. That’s just a fact AMG has to live with.

Mercedes C63 AMG Coupe will be powered in its new version with a 4.0 liter bi-turbo V8 engine with, as initial reports suggest, 500 horsepower. The car will naturally be rear-wheel-drive and, by nature, pretty hard on its rear tires. AMG might be tempted to launch an all-wheel-drive S-Model somewhere down the line which would utilize the power of the engine much better. But what we all want to see is a new Black Series C63 with a mad body kit and a loose back end. 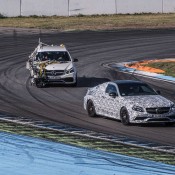 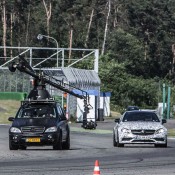 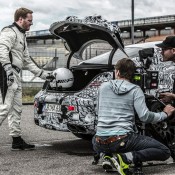