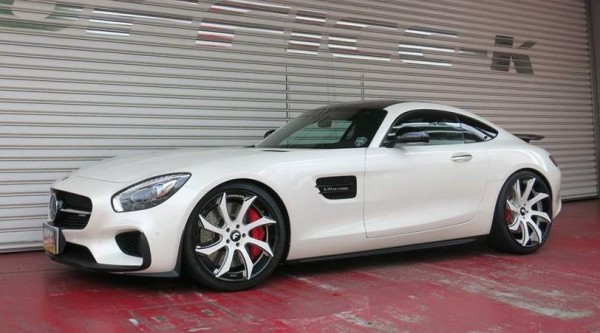 Famed Japanese tuner OFK has unveiled their take on the Mercedes AMG GT S. Getting a light visual treatment, Office-K Mercedes AMG GT is equipped with a new set of wheels, lowered suspension, and protective wrap.

Those carbon fiber aero parts you see on Office-K Mercedes AMG GT are not aftermarket. They come as part of a value-added package the Edition 1 version of the car benefits from, and include carbon front spoiler with side flaps, side skirts, carbon mirror caps and door handles, carbon roof, and rear spoiler.

The white paint job on this GT S makes a nice contrast with the carbon aero kit, which is probably why the tuner decided not to overcook and painted the wheels the same white as the body. Speaking of which, those rims are Forgiato FONDARE-ECL models measuring 20-inch on the front axle and 21-inch on the rear. And they look good.

Office-K Mercedes AMG GT also features lowered suspension which we reckon was a necessary mod to make those massive wheels look good. As mentioned, this is a light treatment and just about the only other modification we can mention is the addition some LED lights inside the cabin. Hopefully we’ll see more from OFK in the near future. 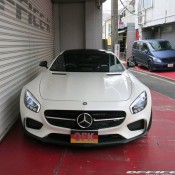 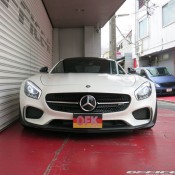 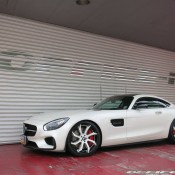 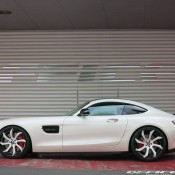 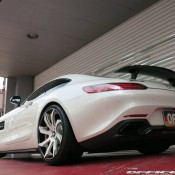 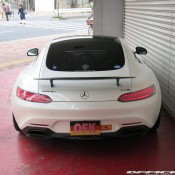 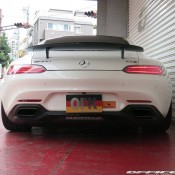 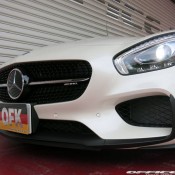 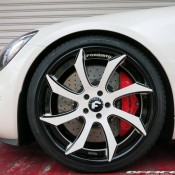 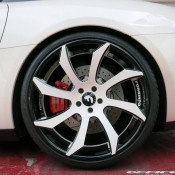 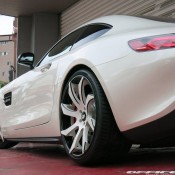 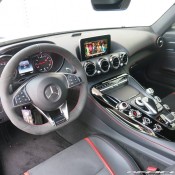