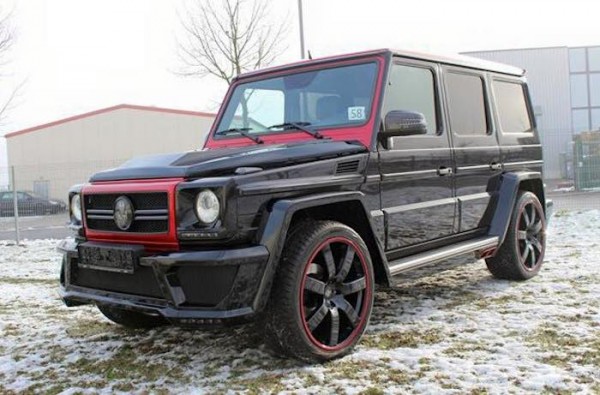 We have seen a fair few examples of German Special Customs body kits for the G-Wagen, so we think we’re right in saying the latest Mercedes G500 Wide Body they have released must be one of the best they have done so far. It looks really impressive.

Granted, the red roof is a bit tacky. But the body kit itself suits the car really well and gives its appearance a unique, subtle rage which is really cool. To see what we mean by that, you should look at the GSC Mercedes G500 Wide Body nest to something like Mansory Gronos. The latter almost looks ridiculous by comparison.

As for the ingredient of GSC Mercedes G500 Wide Body styling package, you get a set of fender extensions for front and rear, complete with new bumper featuring large air vents and integrated aero parts. There is also a sport vented bonnet, mirror caps, and new running boards with revised tailpipe housings.

This particular GSV G-Wagen features a two-tone paint work with heavy red accenting that are also repeated on the wheels and inside the cabin. They add to the visual drama of the whole thing and also match the red stitching on the seats and the dashboard. The cabin also benefits from a healthy dose of carbon fiber trimming. 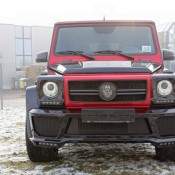 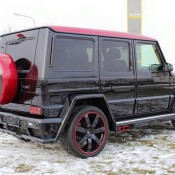 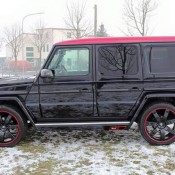 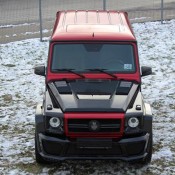 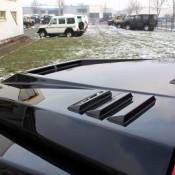 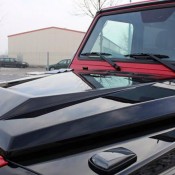 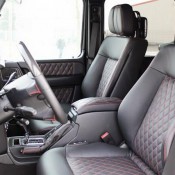 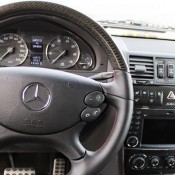 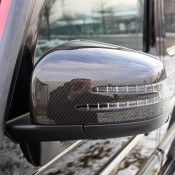 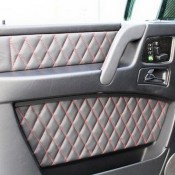 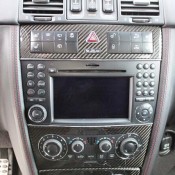 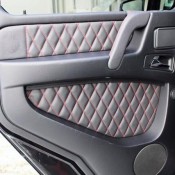