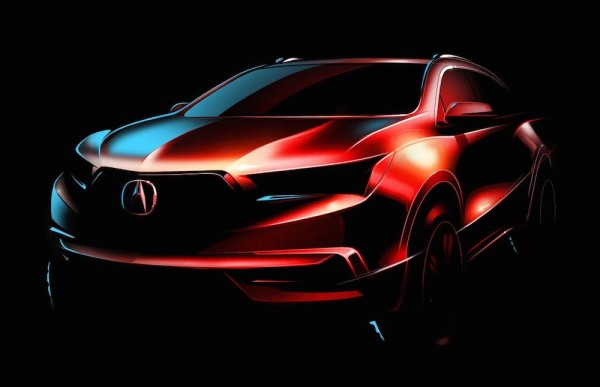 Leaving the Geneva Motor Show to their Japanese brothers at Honda, Acura announced they will be revealing the new 2017 Acura MDX at the New York International Auto Show on March 23. They also sent out this intriguing image of the upcoming SUV which promises substantial changes over the previous model.

Designed by the Acura Design Studio in Torrance, California, the 2017 Acura MDX has some big shoes to fill as the outgoing model has been the firm’s best-selling three-row luxury SUV in the past three years running with more than 50,000 units shifted each year. Acura would very much like to keep it that way, which is why they have put a lot of effort into making the new MDX a car you’d take notice of.

As the teaser photo clearly shows, the 2017 Acura MDX boasts an aggressive and sporty design with many sharp angles and muscular panels. Besides new looks, the SUV also comes with added luxury comfort and convenience features, and advanced new powertrain technology. And it benefits from Precision Crafted Performance on top of all that, ensuring the vehicle is as nice to live with as it is to look at.