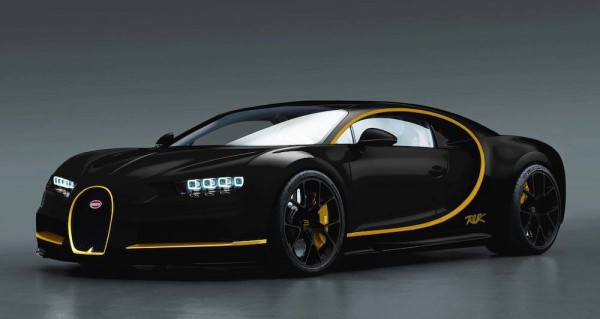 The number of Bugatti Chiron production cars currently in existence is two. One is the blue example they send out to motor shows and event, and the other a silver painted one residing, last we checked, in Germany. In order to see this bad boy in other colors we have to resort to the ancient art of rendering.

And that’s what the boys at R.U.K Technology Designs have done to show us what a Bugatti Chiron looks like painted in black and garnished with gold accents. Short answer: pretty awesome. Gold is used to adorn the horseshoe front grille, the slats in the front bumper, brake calipers, presumably the rear apron, and the all-important Chiron curve which extends from the sills to the window frame.

This image was apparently produced for businessman and super car collector Manny Khoshbin who, by the looks of things, is getting a Bugatti Chiron. With this paint scheme his Chiron – ordered along with five other new hyper cars – will complement nicely his carbon and gold Mansory Veyron. While he’s at it, he should also put an order for the drop-top Grand Sport version of the Chiron which will surely follow the hardtop in a few years. 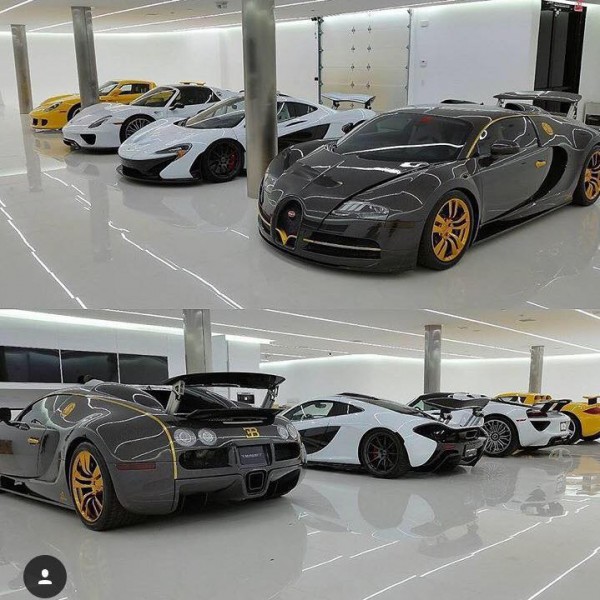