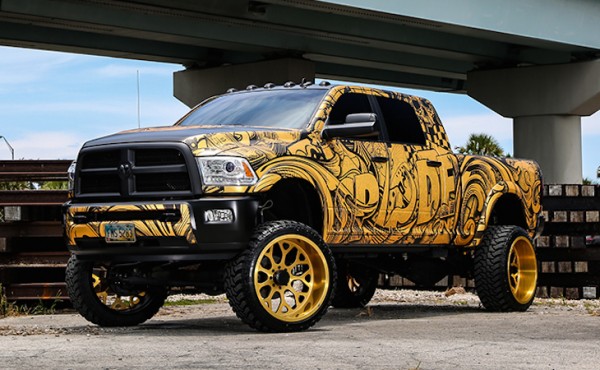 Well, here’s something Donald Trump can replace the Presidential Cadillac with when he wins the election in November. This extra jacked-up Spades Kreations Dodge Ram is quintessentially American and as flashy and pointless as that thing on Trump’s head.

Based on a Ram 2500 Mega Cab Laramie, Spades Kreations Dodge Ram is absolutely HUGE in every sense of the world. It sits on a set of 26x14x40 Forgiato Drea-T Terra wheels, finished in gold to complement the graffiti design the vehicle is wrapped in. It’s like a full-body tattoo of the tuner’s logo on a gold background. 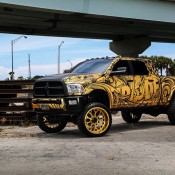 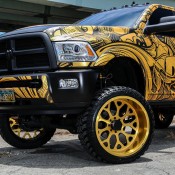 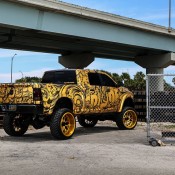 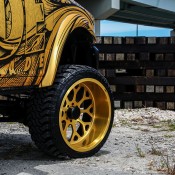 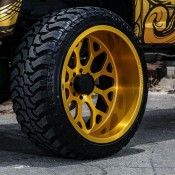 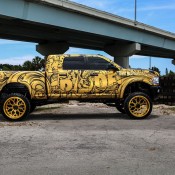 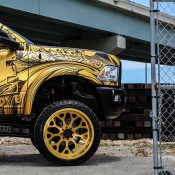 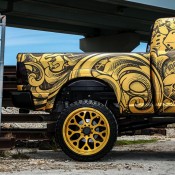 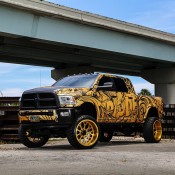 Spades Kreations Dodge Ram 2500 also features Kelerman air ride lifted suspension for extra off-road capability and a totally monstrous look, plus a diesel engine with 800 lb-ft of torque which is the least you need to haul all that bulk around. This is an interesting vehicle, but really rather ridiculous. Kind of like Trump, actually.