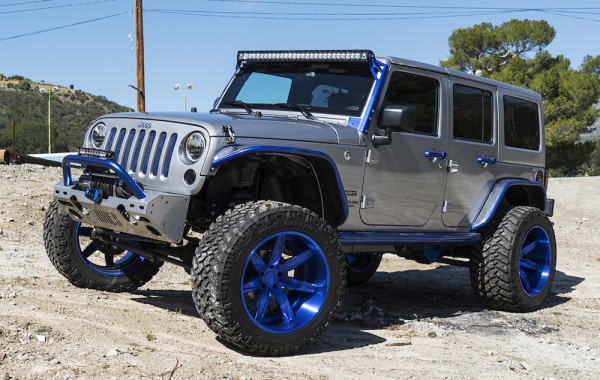 The guys at Forgiato Wheels are very fond of Jeep Wrangler on the whole, but they don’t like the way the car looks and feels and goes. That’s why every time they get their hands on one of these cars they set about modifying pretty much everything about it. The good thing is, more often than not these changes are for the better.

In the case of this particular Jeep Wrangler, which is an Unlimited Sport model, the boys actually held back a bit, content with only modifying the SUV’s wheels and tires as well as suspension. Usually that would only be the start. They’d then change every body panel and install every after market part there is.

But this Wrangler remains pretty much standard in the way it looks, except for the bumpers and wheel arches – necessary changes to house the new wheels and suspension. Speaking of wheels and suspension, this Jeep gets a set of absolutely massive Forgiato ESPORRE wheels in candy blue with chunky off-road tires, and suspension upgrade consisting of high performance coilover set-up with trailing arms, control arms, and springs.

Other visual mods include an LED lights bar and some blue accents around the sills and door handles as well as the windscreen. You know, the lightest Forgiato treatment could well be the best. 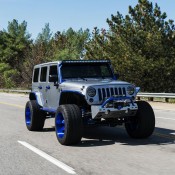 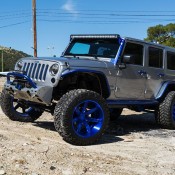 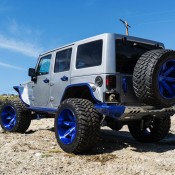 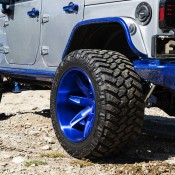 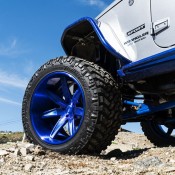 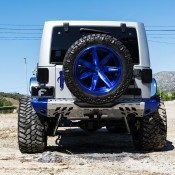