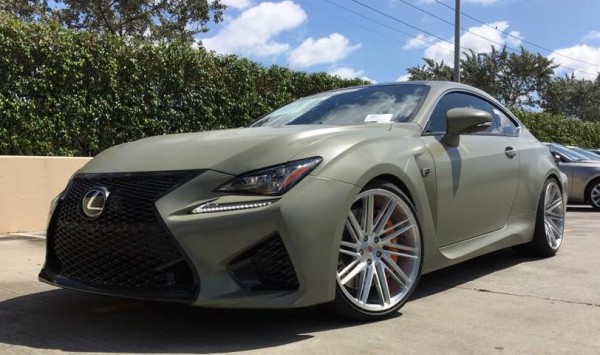 While we do believe that Lexus makes brilliant cars, we have never liked them enough to actually buy them over what the European car makers offer in any given segment. But now we have stumbled upon an aftermarket Army Green RC F which looks so cool, it could give our favorite M4s a run for their money.

Built in a joint project by Wheel Tec and JM Lexus, the matte Army Green RC F features a host of upgrades that makes the car such a fantastic thing to behold. It’s partly due to the unique design of the car, mostly because of the awesome wrap, and a little bit due to the new Vossen wheels it’s rocking. For us, the best thing about the whole thing is the special color of the wrap which, although they call it Army Green, it’s more like the color of the uniform of an urban counterterrorism outfit, which is even cooler! 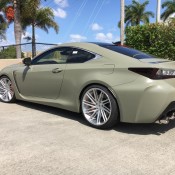 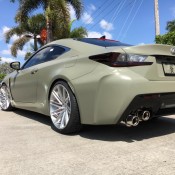 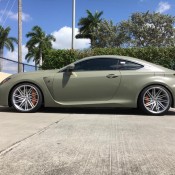 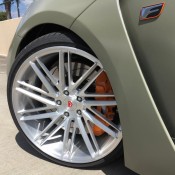 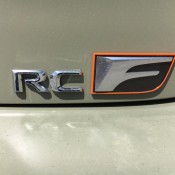 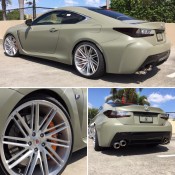 Besides the fab wrap, this Lexus RC F is fitted with a set of Vossen VPS-307T wheels with a clear brushed finish, Tenabe sport suspension system, and Apexi sport exhaust system. We reckon the wheels would have looked a lot better in a darker shade such as matte black or gunmetal grey, but that could be the next upgrade. Performance-wise though, the 460 horsepower V8 engine in the RC F is pretty much perfect and that sport exhaust is all it needs in terms of modifications so it can have a manlier soundtrack to match its manly looks.