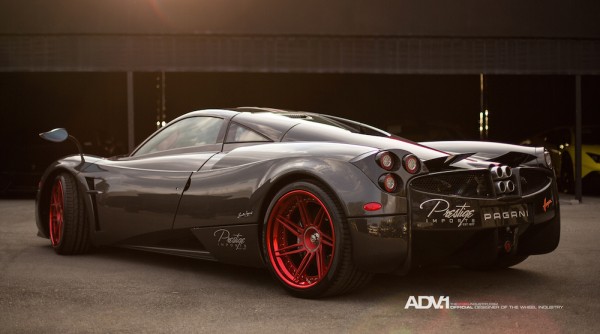 ADV1 Wheels was one of the first manufacturers to come up with a bespoke set of wheels specially tailored for the Bugatti Veyron. Since then, it sort of became their mission to hook up every hyper car in the world with a version of their wheels, and the latest they’ve done is a Pagani Huayra.

You may remember this particular Pagani Huayra from our previous feature. It is a prized possession of the CEO of Prestige Imports Miami and it serves a double purpose here, both promoting the luxury dealership and celebrating ADV1’s wheel new Miami based manufacturing headquarters.

This Huayra came from the factory with a set of gloss red wheels, so the tuner decided to stick with that color and finished the tailored 20-inch ADV07R Track Spec CS they’d prepared for it in the same shade. Now, some may ask why did they bother changing the wheels then, to which ADV1 Wheels responds, and this is a direct quote, “F*ck you, that’s why.” 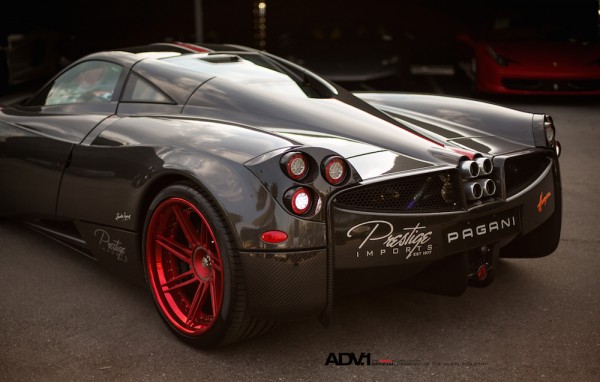 The release of ADV1 Wheels Pagani Hauyra is quite a milestone for the brand, which is why they released a ‘Then & Now’ video commemorating it and the firm’s President Jordan Swerdloff penned the following message to ADV1 customers and fans:

Where do I begin? The past 12 months have been the most challenging 12 months of not only ADV.1’s history but also my own as well as our staff’s. The reality is, we’ve grown far beyond the capabilities of any outside vendor to support while at the same time handling work from other clients. As a result of this being the case for over 5 years now, in order for us to continue to support the growing demand for our product, and continue to improve on our quality, lead times, product development, etc. we determined that it is absolutely necessary that we take all operations under one roof, from initial sale to finished product. Since officially approving the plans to move forward roughly 1 year ago, we’ve fought our way to this point where we are finally able to begin seeing the results from all of the risk, long hours, and excessive stress we’ve all been going through in order to create a company that all of us, from our incredible staff, to our amazing key distribution outlets all over the world can depend on for years to come. We are finally at a point where we can confidently say we’re ready to begin the starting point of a new company, a company that has never existed before in this industry with the capabilities we have to engineer, produce and provide wheels made to order, with equal or better than OEM quality standards, in a never before heard of or seen lead time average of under 2 weeks by early Q3 2016. Since beginning in house manufacturing we have produced and successfully delivered over 1000 sets of wheels. Full in house production implementation including finishing and assembly from our new Miami based manufacturing headquarters began March 1st, 2016.