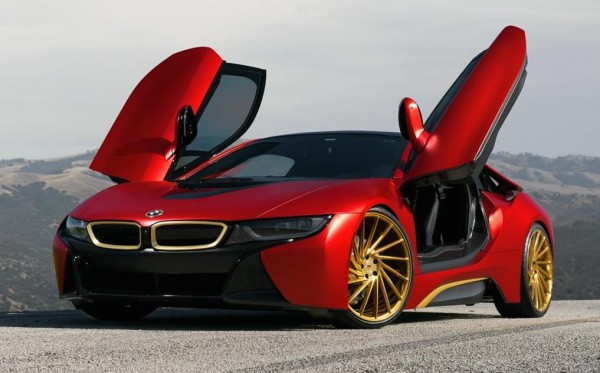 Austin Mahone, we gather, is a pop singer of sorts. He is not as successful as, say, Justin Bieber, but still he makes enough money to indulge his love of unique cars. This Iron Man BMW i8 is the boy’s latest acquisition, created for him by a task force of some of America’s finest tuners.

The Iron Man theme on Mahone’s BMW i8 was achieved in a two-step process. First, the guys at Metro Wrapz wrapped the thing in a satin red with gold and black accents. Then Vossen Wheels was tasked with manufacturing a custom set of wheels in golds to complete the look. And the whole thing was put together by Mr. Wheels.

Now the wrap alone would have made this car truly unique in the world as we know of no other sating red i8. But the singer wanted a full-fat Iron Man BMW i8 – because, you know, he’s a kid – which is why those Vossen Forged VPS-305t wheels on Pirelli tires are such an important part of the package. They are finished in Imperial Gold and measure 22×8.5 front and 22×10 inch rear.

We should also mention the role played by the lowered suspension system here which makes everything look more together. It’s an impressive car this Iron Man BMW i8, but still not as sick as Bieber’s wide body Ferrari. 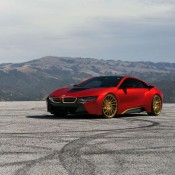 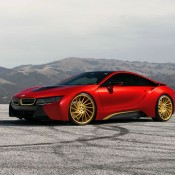 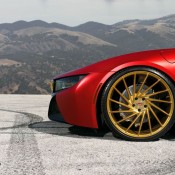 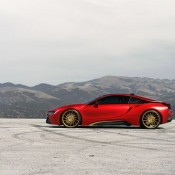 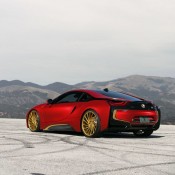 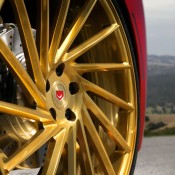 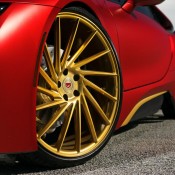 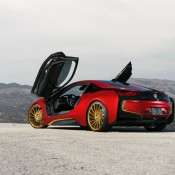 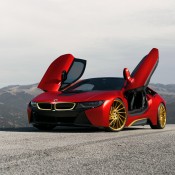