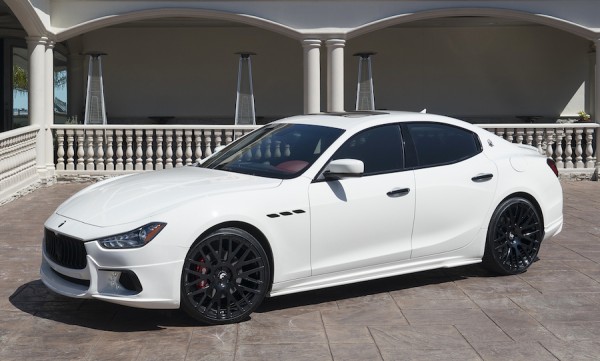 Since it was first introduced, we have seen the unique Wald Maserati Ghibli Black Bison in a number of different flavors. The latest is vanilla, and it’s put together by Phantom Motorsports using a little bit of help from the boys at Forgiato Wheels.

As you would expect, the end result is eye-catching though not very classy. We are a big fan of Black Bison kits, but the one designed for Wald Maserati Ghibli looks rather cheap to be honest, like those amateurish jobs you see on Civics and Saxos at local tuning shows.

That is not to say Wald Maserati Ghibli should be ignored altogether. The kit does have some redeeming features, such as those nice side skirts which enhance the stance of the car and create a spectacular side profile view. The issues are mainly with the front and rear aprons, but if you get your Ghibli black, they probably won’t show as much.

This vanilla white Ghibli makes its Wald International treatment look a bit more conspicuous than its creators intended, and makes it really pop by employing those gloss black Forgiato rims backed by red brake calipers. Well, as long as you look at it dead side on you’ll be alright! 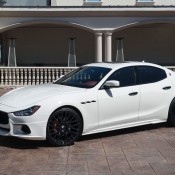 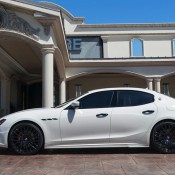 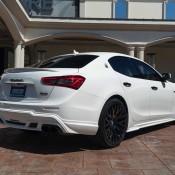