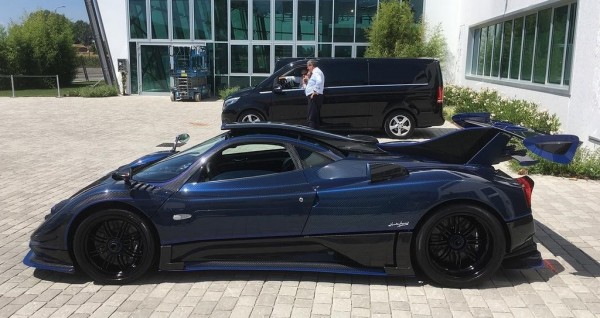 At this point you would be forgiven for thinking of the Pagani Zonda as something like herpes… something that doesn’t go away. Not that you would want it to go away. It is an awesome thing and the world needs more of it. So kudos to collector Mileson Guo for commissioning another one-off, the Pagani Zonda Mileson edition.

The owner apparently wanted to keep this car a secret as neither Pagani nor the man himself have revealed much about it. But there have been many different special editions Zondas before and if you’ve been following this family tree you’d have no problem tracing the lineage of Pagani Zonda Mileson.

Based on what we can see in the photos this car is obviously an RS series with the big, 7.3 liter 760 horsepower engine, and in its design it has elements of the RS, as well as R and LM models, what with the massive aero kit, the roof snorkel, and blue carbon fiber body. Pagani Zonda Mileson does have some exclusive touches too, such as the black wheels or the ginormous rear wing which seems to be bespoke to this model.

Now that the cat’s out of the bag on this one-off Zonda we might hear more about it in the near future about it. That is unless another one comes along and makes us forget all about this one. 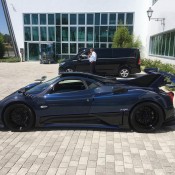 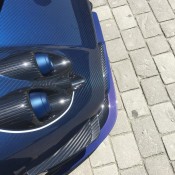 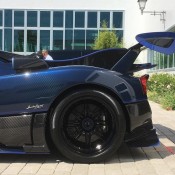 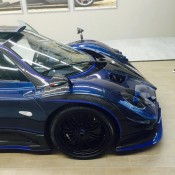 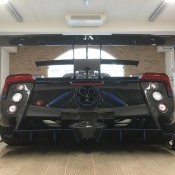 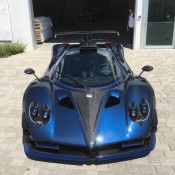