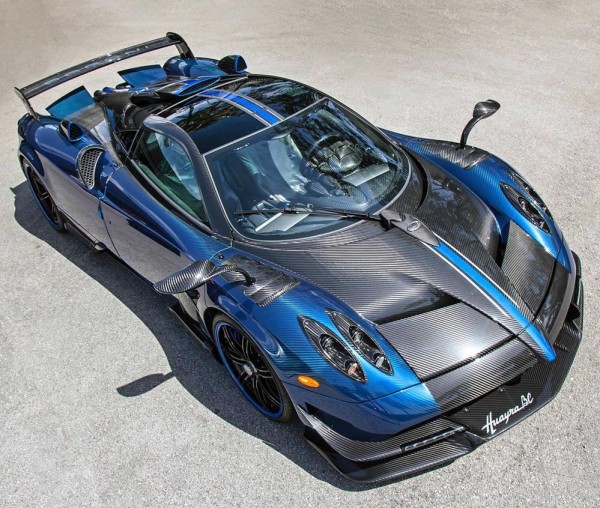 You may have heard of Kris Singh, a Miami-based businessman with a penchant for super rare, super expensive cars. You may have seen his Lamborghini Veneno and Pagani Huayra La Monza Lisa. And if those things haven’t been enough to make you jealous, check out the man’s latest acquisition, the unique Pagani Huayra BC Macchina Volante.

This car is so special on so many different levels, one doesn’t know where to begin. For starters, it’s a Pagani Huayra which is the automotive equivalent of Faberge egg. Then we have that little ‘BC’ at the end of the name, which means it’s a limited edition – with only 20 units being produced – with unique features and design. Last but not least there is the Macchina Volante part which is what truly set this hyper machine apart. Meaning Flying Machine in Italian, the name is a tribute to one of Horacio Pagani’s heroes, Leonardo da Vinci who, as you know, was obsessed with machines and flight.

Mechanically, the black and blue Pagani Huayra BC Macchina Volante is a standard BC which means it packs a track-tuned engine and chassis with over 800 horsepower and a 7-speed AMT (Automated Manual Transmission) plus an electronic differential. THe BC also comes with all new tripod axle drive shafts, derived from the world of Le Mans racing, suspension components forged from HiForg, a lightweight aeronautic aluminium alloy of exceptionally high strength, CCM (carbon-ceramic) braking system, and many other cool stuff.