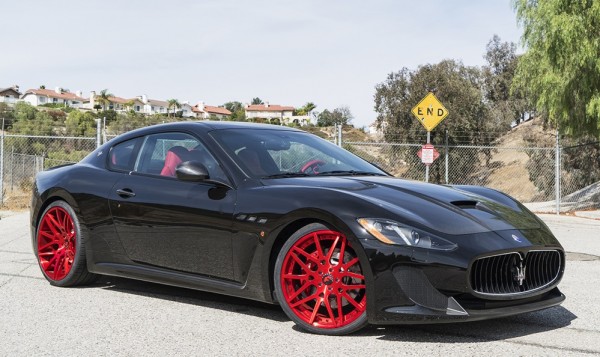 Every once in while we come across a tuned car that we just can’t wrap our heads around, mainly because it seems to have the wrong mods relative to the character of the car. Take this Maserati GranTurismo MC Stradale, for instance. It’s the most performance-oriented version of the GT, and yet the owner has styled it as if it were a Gran Cabrio – a posemobile.

But hey, maybe the guy like the extra bits Maserati GranTurismo MC Stradale comes with which other variants don’t get, such as the carbon hood, the cool rear diffuser, and the unique tailpipe arrangement. But we have to say, red wheels on a black Stradale just doesn’t feel right, especially these 22-inch Forgiato Maglia models which would more at home on a Hummer or an Escalade.

Maserati GranTurismo MC Stradale is a hard-core Maser featuring a tweaked version of the version of the 4.7-litre V8 pumping 460 horsepower mated to a six-speed electro-actuated “MC Race Shift” transaxle gearbox. It sprints from zero to 100km/h in just 4.5 seconds on its way to a top speed of 303 km/h, and boasts performance oriented features such as 380mm x 34mm brake discs and six-piston calipers, ride height lowered by 10mm at the front and 12mm at the rear compared to the standard GranTurismo Sport, aero kit, and lightened body. 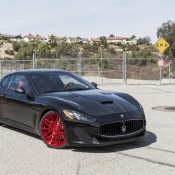 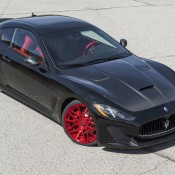 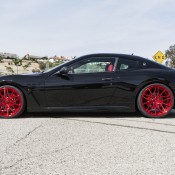 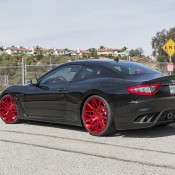 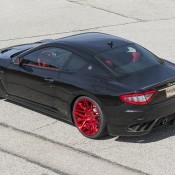 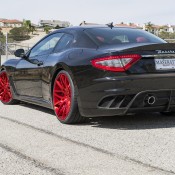