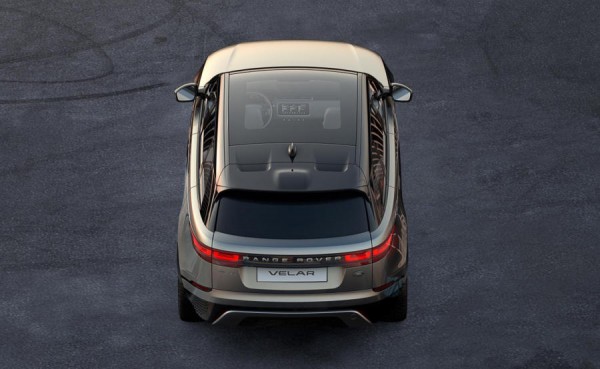 Nobody asked for it, but the world is getting a new Range Rover anyway because, according to the car maker, there was a “white space” between the Range Rover Evoque and the Range Rover Sport which needed filing. The filler is called Range Rover Velar, a name with roots in the company’s early days and earliest prototypes, and it will be unveiled on 1 March 2017.

So far all we have from the new Range Rover Velar is a shot of its backside which reveals a design halfway between a Range Rover Evoque and a Land Rover Discovery. But don’t think for a minute that’s it’s a re-badged, slightly more push Disco, even though it looks like it, does pretty much the same things, and will almost certainly feel the same to drive and own. If you think it’s a re-heated Disco then Range Rover is going to feel awful charging a whole lot more for this Velar. And who would want to make a big corporation feel bad because they want more money?

Land Rover Chief Design Officer, Gerry McGovern, said: “We call the Velar the avant garde Range Rover.  It brings a new dimension of glamour, modernity and elegance to the brand. The Range Rover Velar changes everything.”