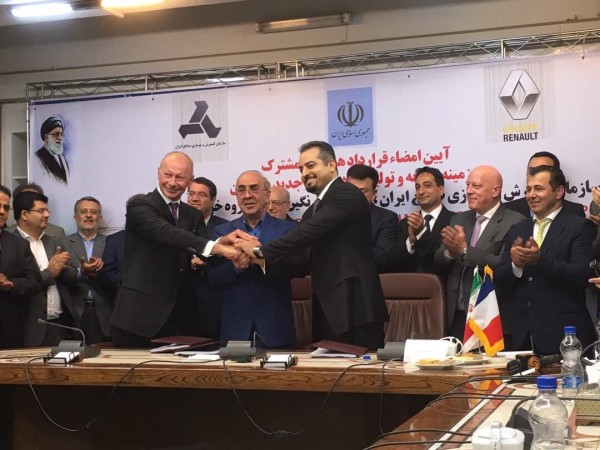 In the aftermath of the 1979 revolution and the war that followed it, Iran, one of the biggest and most ethnically diverse countries in the Middle East, became largely isolated with limited access to the world’s markets. While this self-inflicted malady certainly helped some industries to become self-sufficient, it wreaked havoc with the Iranian car market and sent it into a coma from which it is only starting to wake up.

And boy is it coming back with a vengeance! Decades of sanctions and government-imposed ban on imports created a huge appetite for modern cars in Iran’s sizable market and when it was finally allowed to breath a little a few years back it just went bonkers. For the last decade or so the Iranian car market has been on a steady rise. All segments, from cheap economy to high-end luxury, seem to be insatiable with sales increasing year after year even amid political turmoil. In fact, Iran’s car market has far surpassed its real estate segment and has proved more steady as well. The latest estimates project a 2 million vehicle market by 2020, and that is based on the current state of affairs with American brands absent from the equation and only a few European players commuting to a half-hearted presence.

That is where the French come in. Today a Peugeot is as much a “national” car in Iran as it is in France. Pretty much the same goes for Renault. It is amazing to realize that a semi-facelifted version of the ancient Renault 5 used to be produced locally in Iran until only a few years ago. The same is true of the Peugeot 405, only it is still being produced under license to this day in its original form as well as in a number of other guises. This “historic” partnership, unencumbered by any sort of rivalry,  has allowed the French automakers to benefit enormously from that vast market.

In recent years with the easing or partial lifting of global sanctions against Iran the market has to some extent opened up to other brands, especially to those from the Far East. Chinese car makers are enjoying a mushroom-like growth in Iran both in imports and local production. And of course, the Koreans are taking home a significant portion of the pie. But that is of no moment to the French, because you see Peugeot and Renault are the pot in which the pie is baked. Granted, with a number of serious players now present in the field they have been forced to step up their game and introduce newer models and higher standards, but their winning cards is their strategic partnership with the two biggest, government-backed car makers in Iran, IKCO and SAIPA.

Today Renault signed a joint venture agreement with the Industrial Development & Renovation Organization of Iran (IDRO) and PARTO NEGIN NASEH Co, an importer of Renault products in Iran. This will include an engineering and purchasing centre to support the development of local suppliers as well as a plant with an initial production capacity of 150,000 vehicles a year, supplementing Groupe Renault’s existing capacity of 200,000 vehicles a year in the country. In addition to the vehicle plant announced in September 2016, an engine plant is also planned with a capacity of 150,000 units a year. The first products of this plant will be Symbol and new Duster (Renault’s subsidiaries are also having field day), joining Tondar, Tondar pick-up, Sandero and Sandero Stepway. And that is excluding imported Renaults which include pretty much every model they offer in Europe.

So there you have it. In all those years while American car makers couldn’t get near this huge market because of some pointless sanctions, and while German and even Japanese automakers were too cautious to get involved in any meaningful way, the French saw a golden opportunity, swept in and created a base of operations – colonized the market, one could almost say – so that now they are practically running the country’s car industry.

This can prove to be the single most ingenious move in the auto industry when the Iranian car market grows bigger than that of Europe.