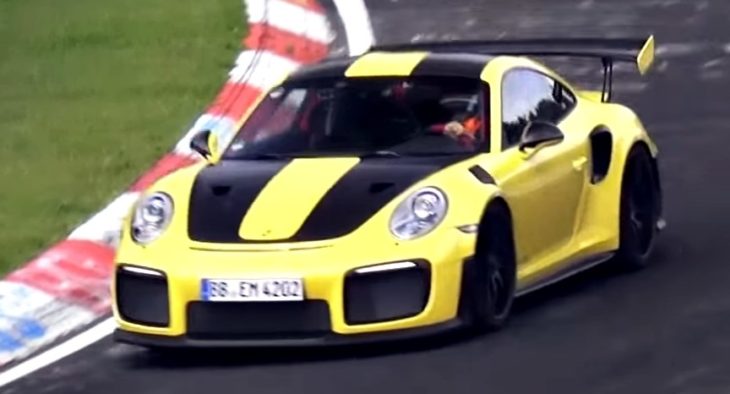 A report has surfaced on the automotive blogsphere claiming that the new 2018 Porsche 911 GT2 RS has banged in an excellent lap time at the Nurburgring. Although we have no numbers yet, the report claims the RS has set a sub-7-minute record, which, it is unnecessary to emphasize, is hugely impressive.

Porsche themselves are not yet ready to talk about this, but these days you cannot try to accomplish something so big without anybody noticing. And so when they took over the Nürburgring Nordschleife on a Wednesday some photographers got suspicious and propped up their cameras to see what they were up to. Lo and behold, out came a yellow Porsche 911 GT2 RS and it went around, according to the eye witnesses, really really quickly.

Now, in case you have forgotten, the new Porsche 911 GT2 RS is an absolute beast of a machine. It features a a 515 kW (700 hp) biturbo flat engine which has to log about only 1,470 kg. As a result, the rear-wheel-drive RS is capable of making 100 km/h out of nothing in just 2.8 second and reach a top speed of 340 km/h. To help it around the corners, engineers have fitted racing chassis with rear-axle steering and Ultra High Performance (UHP) tyres, plus a massive aero kit and ceramic brakes, not to mention extremely clever electronics.

The video above shows this car’s little sister, the GT3, popping in a Nurburgring record of its own. This in itself is a marvelous effort and one that many a sports car maker strive to get close to. So you can imagine what kind of mind-boggling performance one can expect from the GT2 RS. We can’t wait for the official footage of the lap from Porsche. Stay tuned as we will be bringing it to you as soon as it’s released.

Via Bridge to Gantry 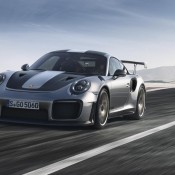 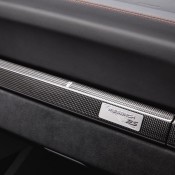 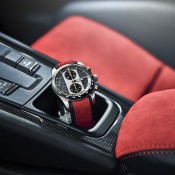 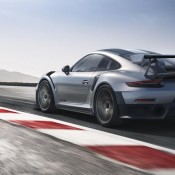 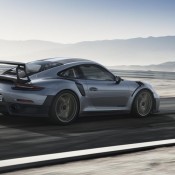 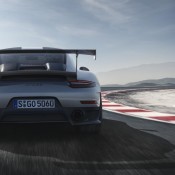 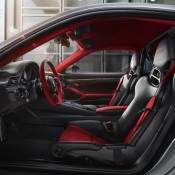 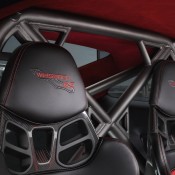 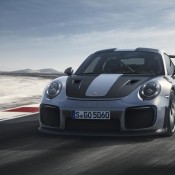