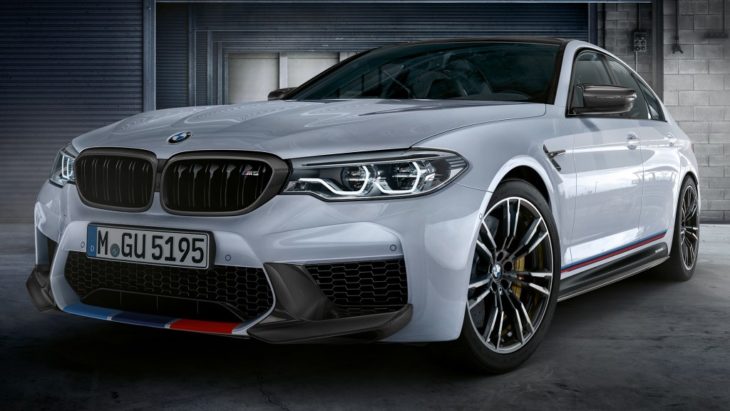 This year’s SEMA Show will see the debut of a new version of the M5. Well, it’s not really a new model as such, more like a factory-tuned version. The 2018 BMW M5 M Performance Parts is a thoroughly upgraded super sedan, designed specifically to appeal to hard-core M fans.

You have to be a hard-core M guy to be willing to be seen in this BMW M5 M Performance Parts. Not that there is anything wrong with it. But it comes with BMWM racing colors showcased prominently on the front apron, and that marks you aside as an M geek. People would know that all you ever want to talk about is gear ratios and 0-100 times and merits of carbon fiber. But that’s probably OK since the only people who befriend M geeks are other M geeks. 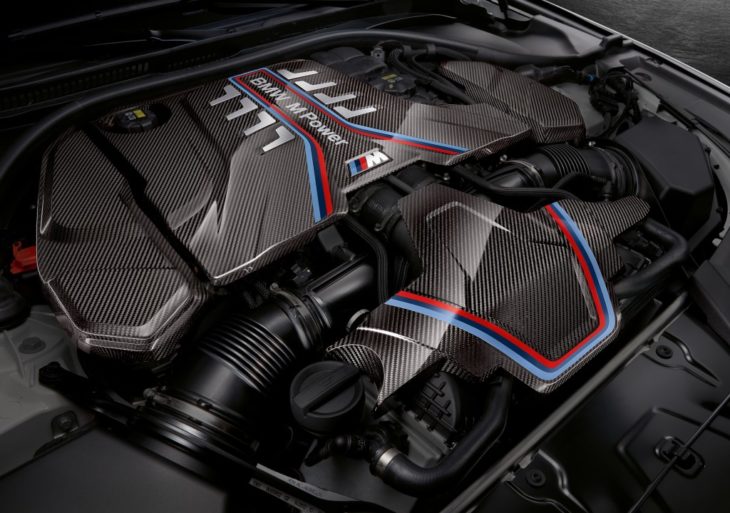 At this point BMW M5 M Performance Parts does not include any particular engine upgrade program. Not that the M5 needs it. The super sedan has a 4.4-liter V8 engine with M TwinPower Turbo technology, capable of 600 hp and a maximum torque of 553 lb-ft. The standard M5 accelerates from 0 to 60 mph in 3.2 seconds. There really is no need for further improvement. 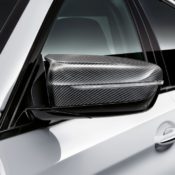 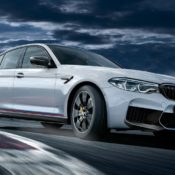 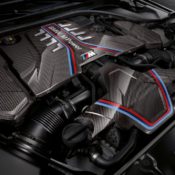 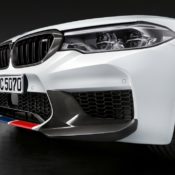 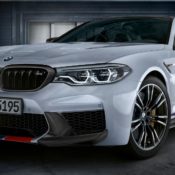 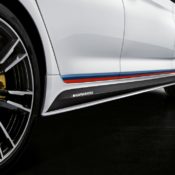 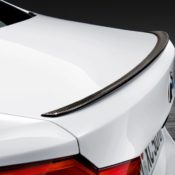 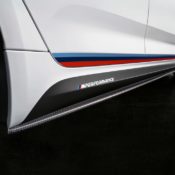 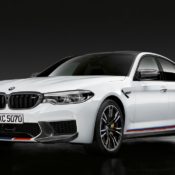