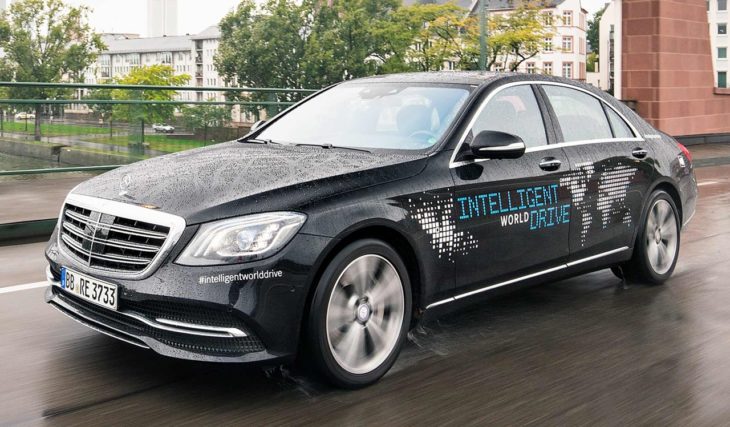 Five continents in five months, crossed autonomously. That is the goal of Mercedes-Benz Intelligent World Drive which kicked off yesterday in Frankfurt. The test vehicle is an autonomous Mercedes S-Class based on the new 2018 model, and it is trusted with the job of showing the world proving that autonomous driving is a viable and workable idea.

In this gargantuan challenge the autonomous Mercedes S-Class will face a number of challenges, chief among which a variety of traffic situations in different cities. The data gathered by the car during this tour will be treasure trove for the engineers working on perfecting self-driving cars. After the launch in Germany, October will see test drives in China, followed by others in Australia in November and South Africa in December. The final stop of the Intelligent World Drive tour will be the CES in Las Vegas in January.

Each leg of the tour is about testing a different aspect of self-driving technology. The autonomous Mercedes S-Class will study specific driving behaviours on motorways and in traffic jams in Germany. In China it will monitor driving behaviour in the dense traffic of Shanghai. Other places such as Sydney or Cape Town will challenge the mapping system provided by HERE and used by the system. he test drive in the Los Angeles area and afterwards on to Las Vegas will concentrate on an evaluation of driving behaviour in dense urban traffic and traffic jams as well as traffic overtaking on the right on highways.

“Progress must not stop at national borders. Legislation must keep pace with technological development. Otherwise it will not be possible for important innovations in automated and autonomous driving to hit the road,” says Renata Jungo Brüngger, Member of the Board of Management of Daimler AG, responsible for Integrity and Legal Affairs. “Legal certainty is essential for the acceptance of autonomous driving in society. So we quickly need further international harmonisation of the legal framework.” 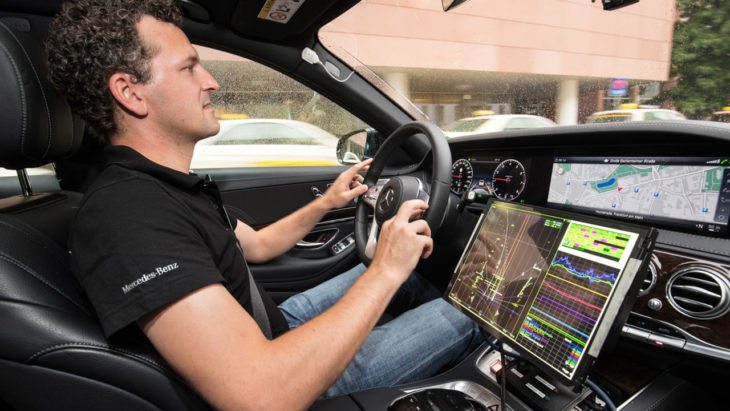