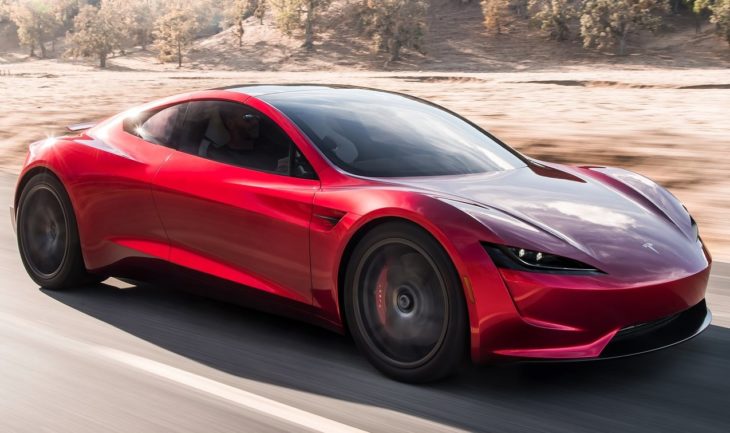 So yesterday Tesla revealed a new version of their Roadster sports car, giving us all a 2020 Volt jolt. It isn’t just how much more advanced the new Roadster is compared to its predecessor, but how much of a game-changer this thing is for performance cars everywhere. Tesla Roadster is so ahead of everything else out there, one has to ask oneself, are traditional sports cars done for?

Even taking into account Elon Musk’s tendency to bolster the facts about the achievement of his companies, the numbers this new Tesla Roadster claims are mind-boggling. It took Volkswagen, a huge conglomerate with almost limitless resources, many decades and endless expensive tests and trials to make the Bugatti Chiron accelerate from 0 to 60 mph in under 3 seconds. And that’s a fully-fledged, multi-million dollar hyper car, mind you. Then along came this Musk fella telling us his tiny little sports car does that in under 2 seconds!

Now granted, the Roadster does not really belong in the sports car category price-wise – it starts at $200K – but still, it just blows everything you can throw at it clean out of the water. They haven’t mentioned any horsepower figure yet, but electric motors in the Roadster generate 10,000 Nm of wheel torque. That, and the fact that all four wheels are driven, makes it possible to hit 60 mph from standing still in 1.9 seconds and run the quarter-mile in 8.8 seconds. Those are dragster numbers, and you can have them in a zero-emission sports car that covers a distance of 650 miles on one charge.

How fast is fast enough?

Now, one could argue that unless you are a professional drag racer a 0-60 time of 1.9 seconds is a meaningless number. What on earth could you be doing that would require you to accelerate at that rate? Can your body take that kind of force without something going wrong with it, anyway? This is just a tool for inexperience drivers to kill themselves, or others, with. Those are fair points all. But if humans were always content with their small achievements, where would they be now? Most likely still in the African Savannah. It’s this ambition, however unreasonable or greedy at first, that drives us forward. Of course, you don’t need to go from 0 to 60 in 1.9 seconds, or 2.5 seconds, or 4 seconds. But the fact that now you can do that is pretty delightful.

And that is why we shouldn’t mourn the demise of the traditional performance cars should this new Tesla bring about their extinction. Cars like this do to our current high performance machines what the original automobile did to the horse and carriage. It renders them pointless. You can go faster, farther and cleaner in the new stuff. It will get to a point where you have to really struggle to find a reason for keeping your fossil fuel-powered car. Before this new generation of electric cars shaving a second off the 0-60 time of a car took innovation, sophisticated engineering, and years of toiling at the drawing board as well as the test track. Now all it takes is higher voltage and a few lines of computer code. 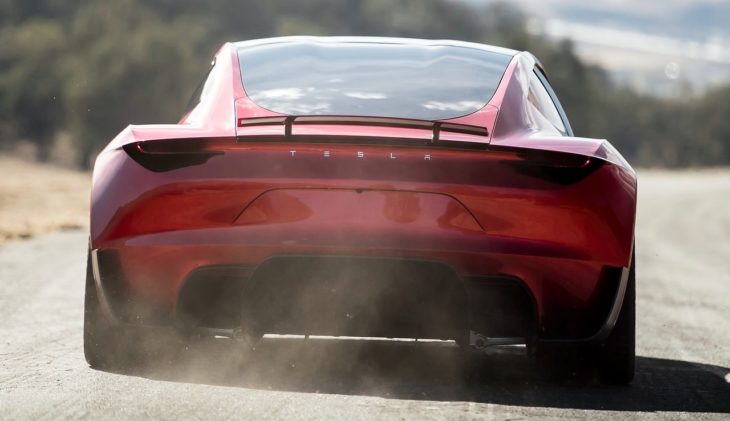 Of course, not everything is speed and acceleration. An electric car doesn’t have the same feel as a nicely sorted V8 or flat-six sports car. Most importantly, it lacks noise, which as we know makes up a huge part of an enjoyable drive. But if you look at the market and try to determine what is the most important factor that drives the sales of a type of vehicle up, that is trend. People lived alright with their sedans and hatchbacks before the SUVs and crossovers emerged. Now everybody wants those because they are cooler. The same will happen with performance cars. Apart from a few car nuts who are more attached to their turbos and boxer engines than their children, most people are going to want the latest and greatest. And that’s stuff like the new Tesla Roadster.

Do not despair, though. You still have plenty of time to enjoy your gas-guzzling sports car before they get consigned to the pages of history books. The Tesla is set to launch in 2020, and even then it’s going to take a while for it to find its place in the market, and for the copycats to come out with their own super-high-performance EV.

So go out this weekend and have a blast. The end is near!