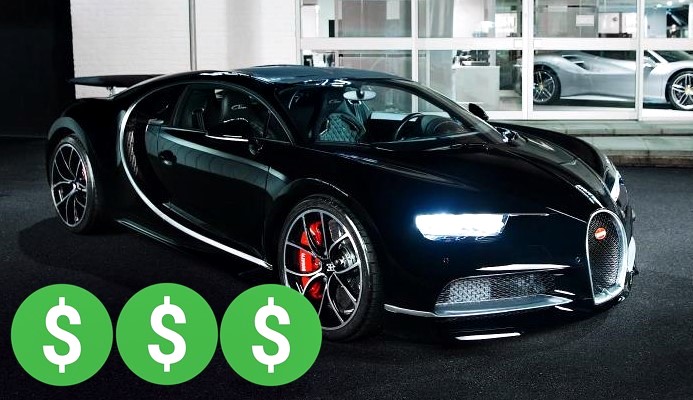 A few days ago we learned that the first ‘used’ Bugatti Chiron was sold in the UK, bringing its owner a tidy profit of £1.1 million in just four months. A little while before that a dealer in Dubai listed a LaFerrari Aperta for $7.3 million, literally millions above its factory price. Clearly, there is a lot of money to be made dealing cars, but do you have to a gazillionaire to partake of this? Not necessarily.

Of course, it helps a great deal is you have the kind of money that enables you to play in the upper echelons of the market. Interestingly, the higher the price range, the easier time you will have making a sale. Anyone’s whose willing to blow $7 million on a car is not going to sweat a few hundred grands less or more. Big money also enables you to deal in classic cars market, which is a veritable treasure island on its own. And the rule of thumb, always, is buying low and selling high.

Let’s be honest from the get go, shall we? There is always going to be question marks hanging over the heads of people who make a living selling cars. And yes, a lot of them are very liberal with the truth regarding the subject of the sale and/or its financial details. They either lie to you outright, or conceal certain facts that would prevent you from going ahead with the purchase. But these are the tricks of low-level car dealers. These days thanks to Internet classifieds and all the other means of connection between buyers and sellers you can make honest deals that are both satisfactory for the buyer and fruitful for you as the seller. It goes the other way, too. If you have negotiation skills and are able to knock a few thousands off the price when you buy and then charge them back when you sell, by all means go ahead. This is not being disingenuous. This is being market savvy.

As was said, the trick is buying low and selling high. One technique for this is sniping. There are those people who either frequent shops or browse the ads for those rare occasions where someone is in need of cash and wants to sell their car quickly. You show up with a wad of cash, buy the car, then wait for the right customer to come along and give you a tidy profit. Another way of going about this is buying a car with a few problems. That may sound stupid on the surface, but ordinary people – that is, those who are not into cars – often mistake a slight and easily fixable problem for a major health issue and tend to get rid of the vehicle altogether. A witty car guy with some mechanical knowledge can work wonders with such cases. Because of the problems you will be able to practically steal the car, and if you can get it fixed or improved at a reasonable cost, then there will be a healthy profit in that deal for you. The same applies to tuning and improving a healthy car, but speaking from experience, selling modified cars can prove difficult because it’s a very subjective thing and what you find col others may think of abhorrent.

But the best and most fascinating way of dealing cars is what we talked about at the beginning of this story: dealing in special and limited edition cars. Yes, you need big bucks to play in this league, but the rewards are also enormous. It’s also a lot more fun dealing with the kind of cars, and customers, who frequent this market, which, by the way, is largely immune to the economic fluctuations. Take that Bugatti from earlier. The original owner bought that car from company for £2.5 million, drove it around for four month and enjoyed it, and then sold it £3.6 million. Granted, this is an extreme case. But even with less glamorous cars, as long as they are special or rare, you can do the same thing. Just think about it… driving nice cars everyday and making bank on each one… now that’s to me is a dream job!