Latest @ MW
Home /Autonomous Cars – How Are We Doing Infrastructure-Wise? 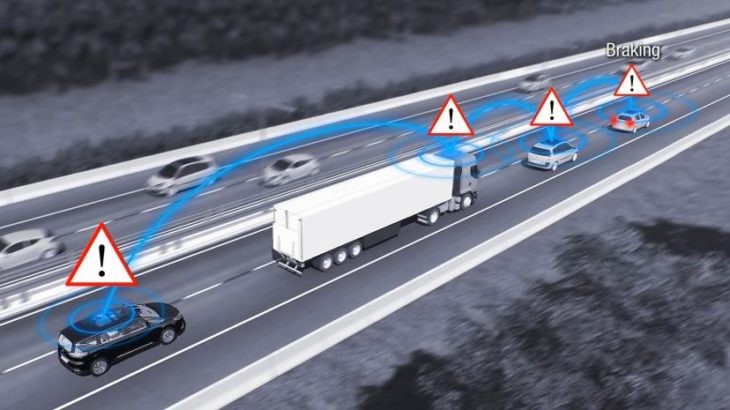 Every time some new technology becomes the main trend in the automotive world, manufacturers scramble to get their hands on it and, if possible, position themselves at the forefront of the game. In doing so they often forget to take into account the more important parts of developing a new technology, like is the real world ready for it? It happened with the whole hydrogen fuel cell thing, and now it’s happening again with autonomous cars.

It was in early 2000s when when fuel cells became all the rage and everybody in the business was convinced they were the saviors of our fragile planet and the answer to all the problems we face with fossil fuel cars. They used hydrogen as fuel and the only emission they made converting that to electricity was water vapor. What was not to love? So most car makers went in pursuit of this technology and came up with a bunch of fairly decent models. Then when they were ready to let fuel cell cars take the world by storm they stopped, looked around, and realized there were no infrastructure to support those grand plans. There were no hydrogen fueling stations, and worse than that, nobody had figured out a workable way of making hydrogen fuel.

So most of the plans were scrapped and they started all over again with electric cars. Even Honda, whose FCEV Clarity was almost a sure thing, shelved the thing and recently launched a plug-in hybrid model. One cannot help but think the same will prove true of the autonomous cars. Anybody and everybody is developing them these days, regardless of who would want to use this technology and would it work in the first place. Of course, the first tests have been promising and all. But these are individual cases. These are like the early fuel cell concepts which seemed all but perfect. To make the new technology relevant we first need to make sure there is a good base, and a good reason, for its existence. And it seems not enough people are researching that.

It is great that a regular sedan can nowadays navigate itself through traffic and avoid hitting stuff. But all the effort that goes into making it capable of doing that seems kind of wasted if the cars behind it can still run into it because they have erratic human drivers. With autonomous cars just a few won’t do us any good. It should be all or nothing. Either make all the cars out there self-driving, or just forget the whole thing.

Thing is though, unlike the whole fuel cell and plug-in EV situation, autonomous driving is not a must for us. It’s a technology we are developing as a sort of luxury. We don’t really need it, but it’s a nice thing to have. So it has business appeal, and as a result there are those who are thinking about it like a start-up technology. Take Renault for example. They weren’t the first to get into the autonomous game, but now that they are in it they are, evidently, more serious about it than most of the pioneers. They are one of the few considering infrastructure-level solutions such as vehicle-to-vehicle (V2V) and vehicle-to-infrastructure (V2X) connectivity solutions under real-world driving conditions. With self-driving cars they see the big picture, which is why they are working with French Ministry for the Ecological and Inclusive Transition, regional authorities, infrastructure operators, universities and research centres to make sure everything is in place before they launch a fleet of robot cars on public roads hoping they would work.

If we want autonomous cars to go mainstream, and it seems that we do at least for public transportation to begin with, this is the kind of approach that will guarantee a fruitful outcome. Focusing on individual concepts and testing them in controlled situations is not enough to make self-driving cars road-worthy. Car makers should first perfect the infrastructure technologies and then worry about small details. For instance, with V2V and V2X systems working at optimum level, there would probably no need to spend all that time and money fine-tuning radars and sensors on each model that comes out.

We like the idea of getting to work in the morning relaxing on a massage chair, drinking coffee and reading the news. So we really hope self-driving cars become prevalent in a satisfactory and lasting way. We also hope they find a way to make those fuel cell stuff work, because having to plug in your car at the end of the night like a phone is not natural!