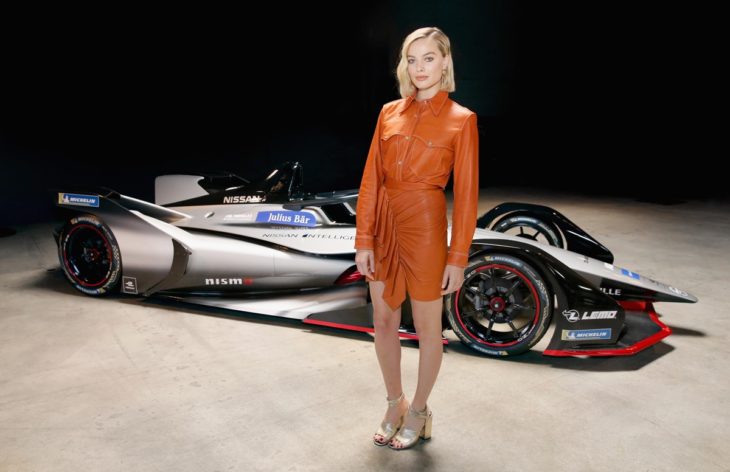 What better city for Nissan to launch their Formula E racing car than the polluted but environmentally-conscious Los Angeles? And what better personality to headline the event than excruciatingly beautiful Margot Robbie?

While it might seem like a bit of a shame to some people that an actress of Robbie’s stature should promote a brand like Nissan with its image as an economy-class car maker, this has been a good partnership that has resulted in many a good projects. Margot is actually Nissan’s electric vehicle and sustainability ambassador, lending her face and voice only to those programs that have environmental benefits. The launch of the new Nissan Formula E machine certainly fits the bill as it promotes cleaner motorsport and research in electric propulsion.

“I’ve already seen many of Nissan’s initiatives, designed to bring cleaner air to roads and fairer access to power across the globe. And now, we have this – a fantastic new Formula E car,” she said. “I’m excited to see how it will help Nissan develop its EV offering further and bring new and exciting technologies to communities across the world.” 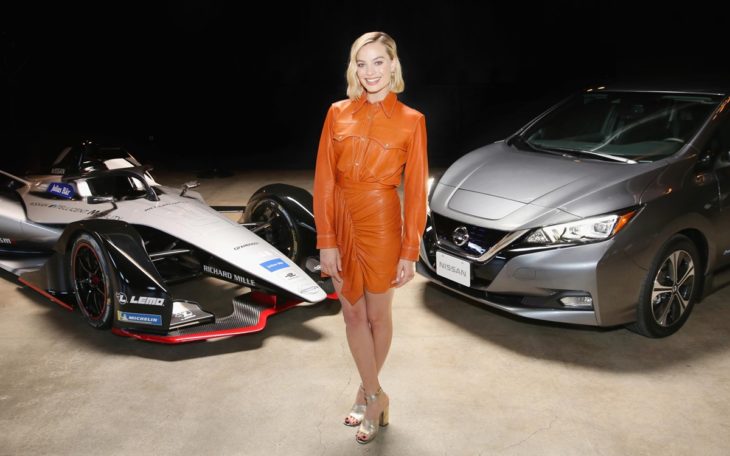 Following its world tour, Nissan’s FE racing car will gear up for season five of the Formula E series is expected to begin in December 2018. As before, the event will be held in major cities around the world including New York, Paris, Berlin, Rome, Zurich and Hong Kong. The new generation of Formula E cars features striking design and new battery technology to attract more fans and prove the viability of electric motoring.