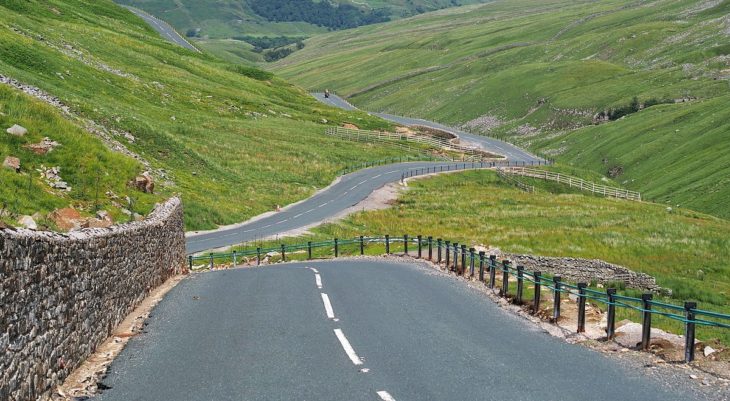 We could never understand why the Brits nag so much about the state of their traffic, when a thirty-minute drive in any direction can get them out of the major cities and onto the famous British B roads. Granted, that may not be where they want to go. But if I lived in the UK, I would arrange my life and business just so that I can drive on those roads all day!

British B Roads, without a shadow of doubt, are among the world’s best driving roads. It is as if God knew the Brits were going to spend a big chunk of their lives in city center traffic and gave them those amazing roads as compensation. It is actually very timely talking about B road storming these days for a number of reason. For starters, it’s summer, the very bet of times to road trip in Britain when you don’t have to worry about a sudden shower. What’s more, it’s the football World Cup at the time of this writing, and England is a serious contender for the title, which means most everybody is sitting at home glued to their TVs, or out getting their William Hill promo code in the hope that they would win big, or just gathering with mates at the local pub discussing whose the better forward, Kane or that guy Ali.

What that means to a driving enthusiast is the roads are virtually empty of traffic, ready for a motoring blast.The whole of Britain, in a way, is your private race track, provided you stay on those B roads. You better be out there enjoying yourself, because such opportunities come by very rarely. Before you know it the summer is over or the television goes back to its normal boring schedule, and roads will be once again filled with commuters, and that infamous menace of British roads, the caravan. Not that that would be the end of the world. You could get up early and hit the road before dawn to get the same experience. But let’s face it, B roads would not have been so special if they were at your disposal all the time. It’s the whole business of getting ready for it that makes the drive even more enjoyable.

Now if you are serious about making the most of your B road adventure, what you want to do is start from the bottom end of the island – not exactly Lizard Point, but thereabouts – and keep driving north because the roads just keep better and better as you move up. The real fun begins when you git the Scottish highlands, but a detour to Wales would not disappoint, either. Now, for sure, there are better driving roads elsewhere in the world. But it hard to find the perfect combination of road, scenery and weather you get in Britain in summertime anywhere else. No wonder these people invented the sports car. It’s those roads. If Wordsworth was alive today, his ode to Lake District would definitely include a nod to Hartside Pass!