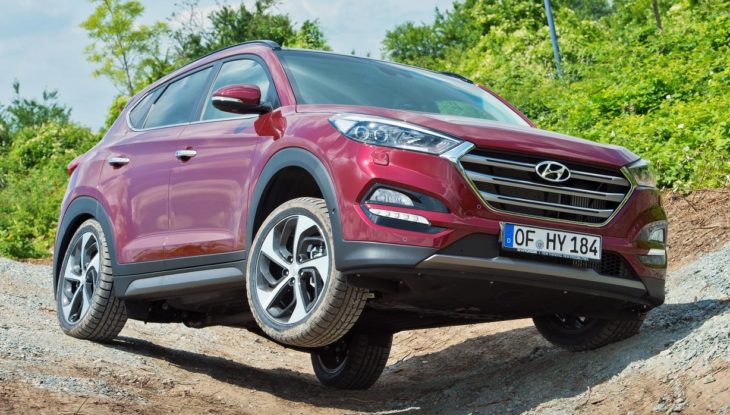 One thing we often hear readers and friends ask is what’s the deal with these 4×4 crossovers that have flooded the market this past few years. Are they really four-by-fours worthy of the name, or is that just a marketing ploy? In this post I’ll try to answer this burning question: so can you go off-road with these damn crossovers or not?

And just a small disclaimer before we begin – I am a guy who once drove up the side of a mountain, with ditches and holes and bumps in it the size of Galapagos turtles, in a Mazda Speed3. What I mean is, if I want to go off-road, I go off-road regardless of the kind of vehicle I’m driving. But I try and put myself in the shoes of an average Joe, someone who’s just bought a Toyota RAV4 or a Hyundai Tucson or something like that, and wants to know if he can enjoy a spot of safe off-roading without damaging his shiny new car.

The first thing I would say to these guys, don’t be fooled by that 4WD badge on your crossover. No, I’m not saying that the car makers are lying and that the car does not have 4-wheel-drive. The thing is, the 4WD system on an urban crossover is the start/stop system on a twin-turbo V8. It’s pointless. For 95 percent of the driving time these ‘all-wheel-drive’ crosses operate in front-wheel-drive mode. And when the situation arises where the rear wheels come into play, it’s not like there are gears and differential lock to manage how they spin. It’s just the cars computer sending a bit of power to the back, engaging in a battle with the traction control, hoping at the end of all this you’ll come out of the ditch with some dignity.

Now, it has to be said not all crossovers are “lite” off-roaders. There are some that have proper four-wheel-drive systems and can go toe to toe with big dog SUVs when the going gets rough. Subaru, for example, makes crossovers with the awesome symmetrical AWD which has proven itself many times. But the problem with these cars is, they are functional but not trendy or impressive. The fact is, most people who buy crossovers do so only for the high driving position and a little because they think driving a bigger car makes them look more impressive. And that’s fine. Whatever floats your boat. But this group has no right to complain when they steer their fancy crossover towards some dirt road and get stuck five seconds in.

The crux of the matter is, the off-road credentials of regular crossovers begin and end in their higher than usual ground clearance, slightly larger wheels, and some electronics trying to mimic a proper four-wheel-drive system. This brings me to what I told you earlier about doing some mountaineering in an extremely low and sporty hot hatchback. Whether you can go off-road in a car with that properties depends entirely on you. And I don’t mean that in the sense of skills and experience. It comes down to guts. If you are brave enough, and lucky enough, you can follow the same path a Range Rover does in a Dacia Duster.

So here’s my final answer to the question can you go off-road in a crossover: yes, if you are a determined son of a gun. If you’re a wimp, though, no, you’d better stick on the smooth stuff.