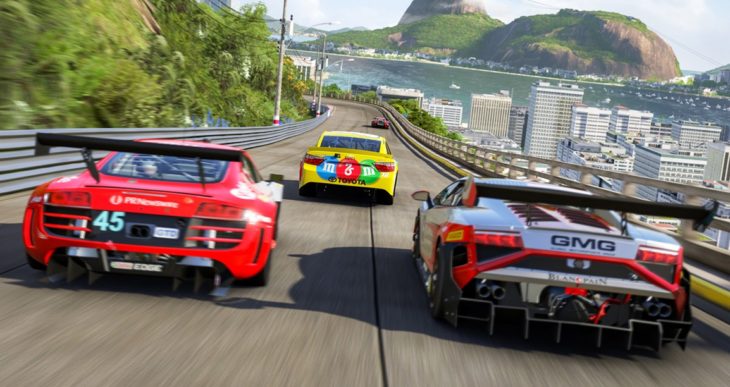 I don’t quite remember its name, but there is a law about the exponential growth of computing power every 18 months or so. I think it’s Moore’s law. But anyway, one of the benefits of this rapid advancement is an amazing enhancement in the quality and complexity of video games. Sadly though, car games seem to have fallen behind.

Don’t get me wrong. I’m not talking here about graphics or gameplay or the precision with which the driving physics are simulated. My main concern in content. Whereas war games and FPS titles, to mention but a couple, utilize the new possibilities in terms of advanced graphics to offer players richer worlds and increasingly engaging stories, the makers of car games have just one thing in mind: racing.

Now, I do realize that that’s what a driving game comes down to at its core – for one car to try and overtake another. But does every damn car game has to be a racing one? Can’t we have one where you can just get into a nicely simulated road car and drive around a richly textured world, explore cities and road trip to other states? Can’t there be a cruising game or something, just for relaxation?

I think game makers prefer to stick to the racing formula when it comes to car games because, at the end of the day, video games are about giving you an adrenaline kick, not relaxing you. And that cannot be achieved if you are cruising down the Pacific Coast Highway in a Rolls-Royce. It is to be found on the Spa or the Nurburgring, as your Porsche Cup car swaps paint with the McLaren GT next to you. Thing is though, there used to be great titles built around the idea of city racing, which is more interesting than track racing.

I mean, if you are hellbent on making racing games, at least let us loose in an open world with traffic and cops and stuff. I’m sorry racing fans, but a closed circuit can get really boring, really quickly. We don’t wanna be naming names here, but I’m sure you agree that circuit racing games, not matter how many cars they offer, how exact is their simulation of the track, the car and the driving characteristics, they are not played with for very long. You spend $99 on a game expecting to get at least six month worth of fun out of it, and you chuck it away after two weeks.

Part of it is, of course, the obsession with simulation, which makes games unnecessarily difficult and therefore less fun. Simulators, generally speaking, appeal only to hard-core aficionados. They are just annoying to an average user. With car games especially we need a bit of arcade so as to keep things loose and fun. For us an ideal car game would have the amazingly detailed world of the GTA games, the cool and fun driving physics of something like Driver San Francisco, and the car variety of the latest Gran Turismo. Oh, and it mustn’t be expensive. And of course, cockpit view is a must!