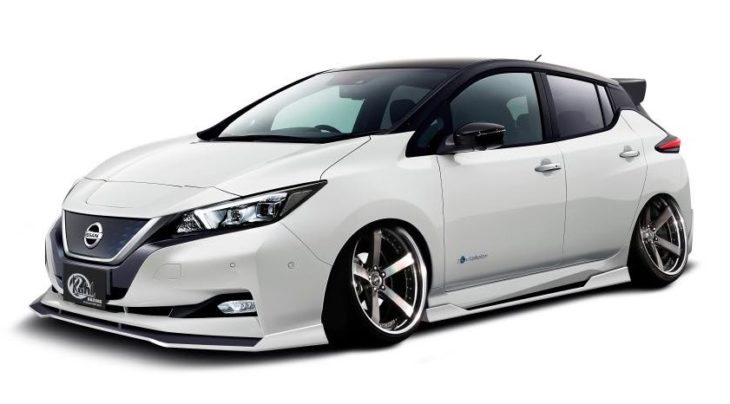 Here’s another proof that traditional tuning tricks don’t work on the new electric car. Well, they do work in the literal sense of the word. But they invariably end up ridiculous and outright silly. This is a 2018 Nissan LEAF modified by Kuhl Racing. And while the body kit is prominent, the negative camber treatment is the main highlight of the package.

Of course, you could ignore the monstrous camber mod and only go for the parts. The thing is, the people who buy electric cars don’t usually have a concept of modification and tuning. So who is this Kuhl Nissan LEAF is for? An environmentalist bad boy? A gangsta rapper who also worries about melting ice caps? Or, most likely, for some crazy Japanese dude who just wants to look unique. In that sense the KUHL LEAF is a job well done. 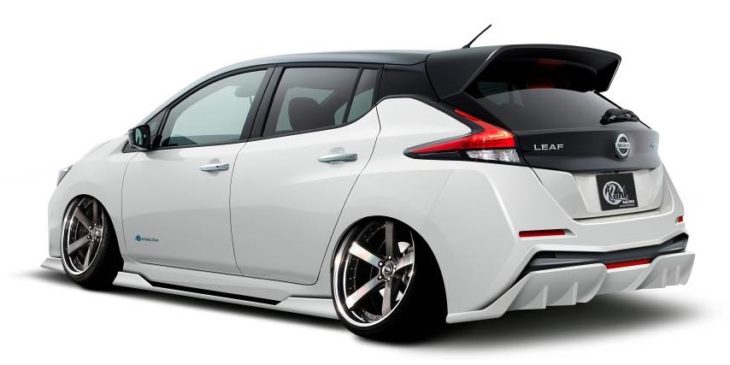 We’re not sure how that camber affects the efficiency of the LEAF and its range. And we don’t even want to think about the havoc it wreaks on the car’s ride and handling. But the kit is nice and the ride height slash is also cool. The extra components Kuhl can offer for pimping out your LEAF include a front under spoiler, dynamic side skirts, rear diffuser and huge roof spoiler. The two tone effect on this particular example also plays a big part in giving it that unique look. 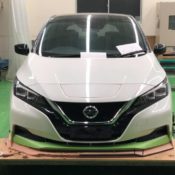 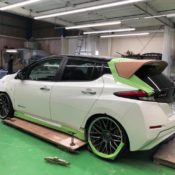 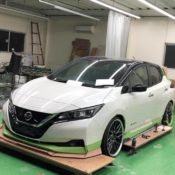