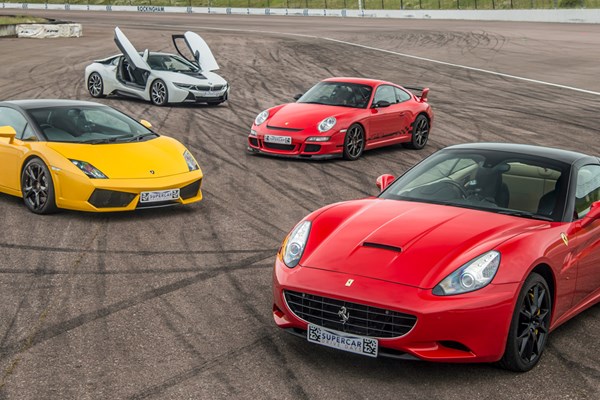 Let’s be honest, we all want one. If you ask a man about his top five list of things he really desires in life, chances are a supercar is either first or second, usually preceded or followed by lots of women! And these are, at the end of the day, the main motivation for getting rich. Men are simple creatures, aren’t they? In this article we want to explore some of the more unusual ways of making enough money to buy a supercar.

Take financial risks: I know it’s a vague one, but it is actually one of the more straightforward ways of making a lot of money really fast. For most of us, by the time we are middle-aged, have a little bit of money saved. Now, you can be a boring old dude with a little bit of money that just sits still, bringing you neither profit nor joy, or you can be a cool an adventurous risk taker who is willing to gamble for big gain. You could play poker with your savings, invest it in the stock market, or get yourself some betfair promo code and try your lock there. And do these over and over again until you have raised enough to get yourself the car of your dreams.

Start a YouTube channel: You’d be surprised what passes for entertainment these days on social media. Thanks to platforms like Instagram and YouTube anyone can become an entertainer – something that used to be the purview of talented people who had to work their way up to the public stage. So why can’t you? To borrow a phrase from a wise old man we all know,how hard can it be? All you need is a decent-sized audience, then money starts pouring in from YouTube advertisements and promotions. There are countless YouTube “stars” that are making bundles these days, and as you may have already guessed, one of the first thing they spend their income on is shiny supercars. And don’t worry about not being interesting enough to have a channel. Like we said, people are ridiculously easily amused nowadays. Just sit in front of a camera and yap for half an hour about the most irrelevant stuff, and watch the money pour in.

Participate in game shows: We’ve all seen people on TV jumping up and down like lunatics because they have won a lot of cash or something really expensive. That could be you. No matter what country you live in, if you have national TV, chances are there are at least a dozen different game shows TV programs that are trying to lure viewers and advertisers by giving away huge prizes to participants. Mind you, most of these shows involve making a fool of yourself – jumping through hoops like a trained dog, or having a mock fight with your spouse. But the pay is usually really good, and it could potentially make you a local celebrity and get you more appearance gigs for more money. Of course, if you are sophisticated, or have too much self respect, you can still partake of this opportunity by taking part in a Who Wants to be a Millionaire program, provided there’s one going on where you have access to.

Wheel and deal your way to a supercar: This one, admittedly, involves a lot more blood, sweat and work than the other methods. But it is one of the safest and most honest ways of going on about it. The way it works is, you start small, buying cars you can add value to and then sell on for a profit. Then you invest your initial money plus the profits into something a little bit more expensive you can turn over for more profit, and so on and so forth. You will need a good knowledge of cars and some skills to make the practical bits work. But if you learn how to do it properly, you stand to make a fortune. More than that, it could become a career!