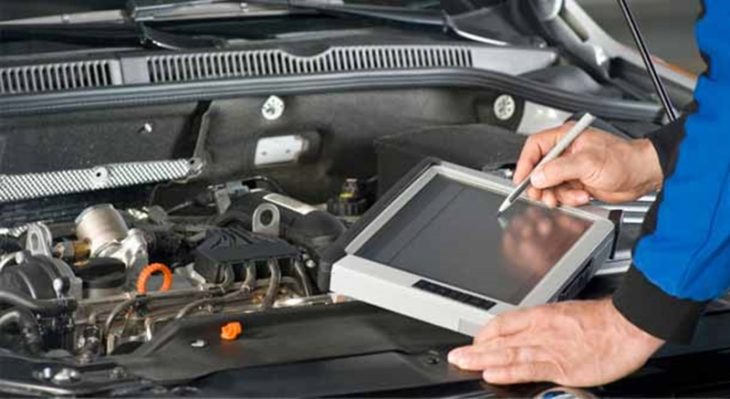 Before we delve into that monumentally important question, let’s get something right. I don’t think it is actually correct to call the fixers of modern cars mechanics. Diagnostician, I reckon, is the more appropriate term, since these guys work more often with digital scan tools, wiring diagrams, and electronic and software solutions to fix a car, not wrenches and hammers. The term mechanic brings to mind a burly man with a big stomach, oily fingers and his butt crack showing.

OK, now that we’ve got the terminology right, we can get back to our subject. Are the mechanics, nay, diagnosticians, getting better at their job, or are they getting worse? It really doesn’t take an official survey to find out the latter is the case. Talk to any car owner who has been to a shop for a problem, and nine out of ten tells you a tale that includes lots of frustration, many wasted hours, and a ton of money being removed from their bank account. They tell you how they went into a shop with what they thought was a minor electrical glitch, and ended up having a bunch of modules and units replaced. Or how a cold start problem turned out to be a fault with the car’s computer, the wiring harness, and all of the sensors.

And what is the answer the lovely repairman gives when asked why is that the case? “Well, modern cars, mate. Everything’s connected in there, innit? One thing goes wrong, you have to chuck the whole thing in the bin.” To someone who knows nothing about cars and just wants to have his Ford Focus fixed so he can get to work, that might sound like a reasonable argument. But we car guys know that that’s nothing but a load of bullocks. And that is what I mean by incompetence.

You see, the automotive technology has moved on by leaps and bounds over the past two or three decades. For years and years you had very simple systems and wiring which any elementary school dropout could learn how to fix after a week of apprenticeship. That is not the case with newer cars. In these cars you have computer-controlled modules and units, state machine logic, data networks that run at different speeds, sophisticated sensors, and stuff like fiber optics and FlexRay. Being good with a wrench and a screwdriver count for nothing when you are working on a modern car. You have to have computer knowledge, advance understanding of electronics, and an analytical mind.

Sadly, those qualities are just beyond the purview of your average mechanic. To properly diagnose a modern car, to realize that a no-crank issue could be traced to a bad connector, to know that a broken A/C unit could be narrowed down to a solenoid, or a misfire could be caused by a faulty mosfet inside the ECU, that mechanic has to undergo months of training, learn how to read electrical wiring diagrams, and work with complicated scanner tools, interpret signals and wave patterns. And the truth is, not many of them bother. Not many of them are capable of upgrading themselves to that level. They just take a course, get a certificate, buy a scan tool and start working on your Mercedes and BMW.

What is the consequence of that? Well, the consequence is that you go into a shop with a stalling issue and end up having your ECU replaced, your wiring harness mutilated, your sensors damaged, and a huge bill, not to mention the problems that arise a week later thanks to the botched repair. There is an inside joke between such mechanics that if you don’t know what the issue is, start replacing parts until it’s gone away. And who cares about the customer’s wallet, right? How the hell’s he gonna know?

It is absolutely vital, then, to have your car diagnosed and repaired by someone who has studied the modern systems, who is technologically savvy, and who has the right tools. And don’t think you can trust your official dealer with that. Most of the guys who work in their service departments are as incompetent as your down the road mechanic. Those who have the knowledge and expertise usually go solo and set up their own shop because they get more business that way. The trick is to find those guys.