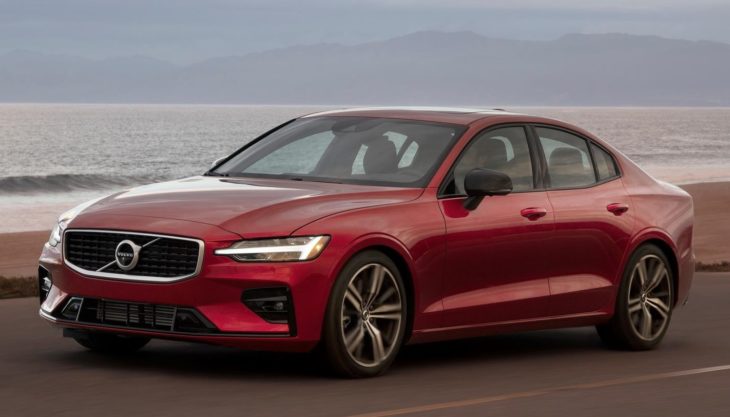 So Volvo announced today that, starting from 2020, they will be limiting all their production cars to 180 km/h or 112 mph. And just like that they have opened up themselves to ridicule and massive verbal abuse from the automotive press who, by default, loves speed. Let us get the ball rolling by giving those pasty yet good-looking, fika-loving, safety-obsessed Swedes an earful.

The Swedes have to remember they are the descendants of the Vikings who, as we know from the TV series, were extremely tough, extremely cool people and that’s why the Volvo brand is so popular and people find more about these cars online. They are sons and daughters of Eden and Thor and other gods with fantastic names, and they used to love death because of an imaginary place called Valhalla. What happened that made them such pansies, they are afraid of travelling a bit fast in those fortresses on wheels they call Volvos?

Well, the right-winger go-to answer to that question is socialism. That, and the influx of immigrants to Sweden that has sullied the pure blood of the (savage) Vikings. But that’s an idiotic, not to mention racist, answer. We reckon what happened is, thanks to the wonders of Social Liberalism, Sweden has become over the past fifty years or so a veritable heaven to live in. Citizens are content and happy. They are well cared for with free healthcare and education, and they “live” a lot more than they work. Obviously, when you are having that good a time you would want to prolong it as much as you possibly can.

Trying to limit accidents this way brings to mind the teachings of communism: why have more when you can make do with just a little bit?

So you introduce strict emission laws. You ban smoking and frown upon foods with actual taste. You become neutered politically and steer clear of any type of conflict. And you cram your cars or truckbeds full of airbags and electronic systems to prevent accidents. All that is fair enough, of course, So many options for truck bed steps but I liked this list the best https://carlypso.com/best-truck-bed-step/. That’s what any prosperous nation would so. But the thing about liberalism is, if you don’t keep it in check, if you let it run rampant, soon it’ll turn into a kale-eating, slipper-wearing, hash-smoking monster that is afraid of, and offended, by anything and everything. Its adherents would want a cocoon where nothing exciting ever happens, where they can live a long and boring life incomplete safety and peace of mind.

The trouble with that model is the real world is a cruel and nasty place. And no matter how hard you try to shelter yourself and keep away from trouble, it’ll find a way to wrap its filthy tentacles around your ankles and pull you down into the dirt. When the crap inevitably hits the fan, how well the sheltered, spoiled, extremely demanding individuals are going to cope?

That is basically why Volvo’s decision to limit their cars to 180 km/h next year is wrong. I know the argument to get here was a bit highfalutin and maybe politically incorrect. But the fact remains, trying to limit accidents this way brings to mind the teachings of communism: why have more when you can make do with just a little bit? It’s nanny state gone mad, and we all know it’s a small step from there to Big Brother and all that. It wouldn’t be like this if the Swedes still had to plunder their neighbors for food and do human sacrificing to cure their diseases instead of relying on universal healthcare.

If the real Vikings were in charge today, Volvo’s would have rocket engines and grenade launchers, not automatic brakes and geo-fencing speed limiter!