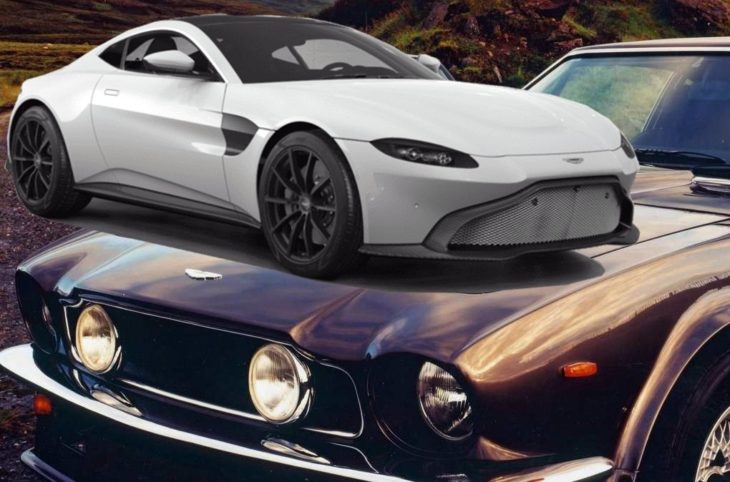 Far be it from us to bemoan the forward march of the time and the new trends that come with it. But any person with a little bit of integrity will admit that there are some things about the yesteryear worth preserving. I don’t mean any of the old times’ material things. They were all rubbish. Modern stuff are much better. What I’m talking about here is character, personality, charisma – the intangible stuff. That brings me to Aston Martin and the question I’ve been grappling with since I first laid eyes on their new generation of cars.

Maybe I’m getting old, but to my mind Aston Martins have always been what Winston Churchill would have been like if he were a car. They were large, imposing, a bit ungainly, powerful but flawed, inconvenient at times but utterly lovable. They could be aggravating, but it only made you respect them more. They seemed like they weren’t really in touch with the reality as most others perceived it, but somehow the version they presented was better and more wholesome. And no, they never ever were politically correct, which quite frankly was the main reason to love them. It goes the other way, too. If Aston Martin was a human, it would have been an Esquire of advanced age who drank whisky first thing in the morning, consumed five cigars by noon, ate massive meals with copious amounts of alcohol, and capped off the night with more of the same while engaging you in the most enthralling of conversations. And despite all of this you would have enjoyed his company to any lean and mean Italian, German, or French nobleman.

On that basis, the Astons now are like those astonishingly irritating reality TV stars whose very way of talking is an affront to British refinement and decency. They have grown all dainty and angular and slash-and-dash, which is fair enough. Those are the automotive trends of the day, apparently. The trouble is, where the looks go, the character follows. So whereas in the olden days driving an Aston was, to continue with our Churchillian metaphor, like having a diplomatic chat with a head of the State while lounging on a comfy armchair sipping Brandy and puffing at a hand-rolled Cuban, these days it’s more like hanging around a chip shop with your mates having a loud argument about who would you rather bang, Posh Spice or Jordan. Forgive the crude example, but you get the picture.

Don’t get me wrong. Modern Aston Martins, especially the new Vantage and the DBS, have become excellent driver’s cars thanks to German engineering and German parts and German management. But if all you want is a German sports car, why not buy a German sports car? What I’m saying is, we already have that. We already have German sports cars that are sharp and precise and serious. That is why we loved Astons. They weren’t like that. They gave us a sweet and refreshing alternative to that. With the older Astons – and we don’t even mean the magnificent 70s models like the beefy Vantage pictured at the top, but something like the reasonably modern DB9 – you got to experience power and performance in a different way than that propagated by those humorless Germans or dodgy Italians. It was an imperfect, but polished and polite way of doing things, which was quite lovely – the proper British way.

So the answer to the question posed above is sad but resounding yes. Aston is losing its Britishness as fast as it’s trading flair for flamboyancy, character for convenience, purity for popularity and integrity for investment. Well, it’s another dream of ours crushed and tossed into the bin. I don’t like Aston Martin anymore.