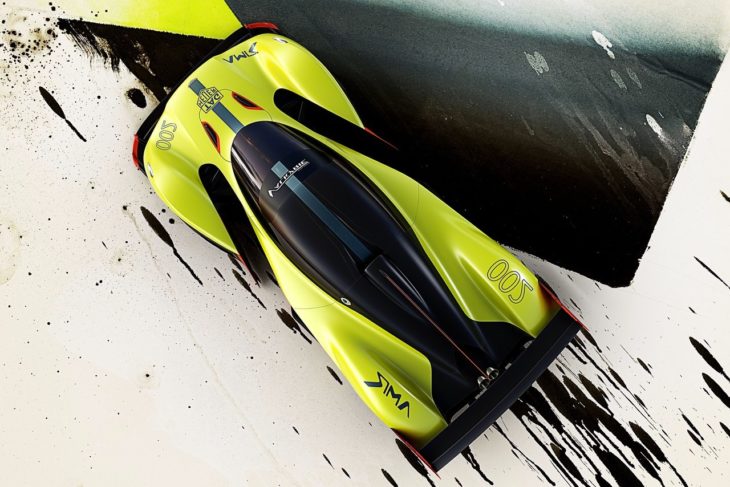 The very idea of self-driving cars was considered a joke only a few years ago. Most people couldn’t wrap their heads around the idea that a car could, all by itself, navigate itself through traffic and across various terrain and negotiate the typical obstacles of a routine drive. But in a relatively short period of time those people have been proven wrong. Not only did autonomous cars became a reality, the consensus among the experts is that they will soon become mainstream. So now the naysayers have turned their attention to autonomous racing. They say there is no way it could be a thing.

The argument the skeptical make here is stronger than what they leveled at the autonomous driving in general. They say how could be possibly be racing when there is no driver involved, and therefore no real competition? It’s just machines racing against machines. The counter argument for that is the field of robotics. There is already many sporting events built for robots. Heck, there are even TV shows where they killer robots loose against one another like modern-day gladiators. They used to be human-controlled, but increasingly the fights are becoming autonomous where it is the prowess of the machine itself – and by proxy, the genius of its builders – that counts. And the same exact thing can, and will, happen in the field of motorsport.

Those who have difficulty believing this will be taken aback when they realize there are already contenders available for autonomous racing. Below you can check out the NIO EP9 banging in a fully autonomous lap at the Circuit of the Americas  in Texas, a feat which won it the title of fastest autonomous car in the world…

Now, this NIO is an electric supercar with self-driving capability. In the future companies will develop dedicated autonomous racing cars for dedicated racing series. These machines will have completely different looks than the current race cars, seeing as they will have no need for a cabin for the driver and everything that it entails. That means they will be lighter and more aerodynamically efficient, ergo faster. So the competition will come down, in essence, to the algorithms that drive those cars around the circuit. We should imagine the regulatory body will impose some sort of restriction on how much power the cars can pack and how aerodynamic they can be. So teams (which will involve software engineers and coding experts as opposed to drivers and mechanics) will have to tweak their method parameters and machine learning procedures to shave an extra second off the lap times and win the races

Another reason we reckon #AutonomousRacing will become a real thing is Formula E. When they first announced this series a lot of people in the industry raised questions about its viability. They couldn’t see how an electric car that runs out of juice after half an hour could possibly make for an exciting racing series. But as you know, the Formula E has caught on and has many fans and a lot of countries wanting to host the races. What’s more, it has resulted in some really interesting technological developments in electric powertrains and systems that will eventually trickle down to road cars. By the same token, the autonomous racing will be exciting to watch too, but perhaps for different reasons than what makes the traditional motor racing exciting.