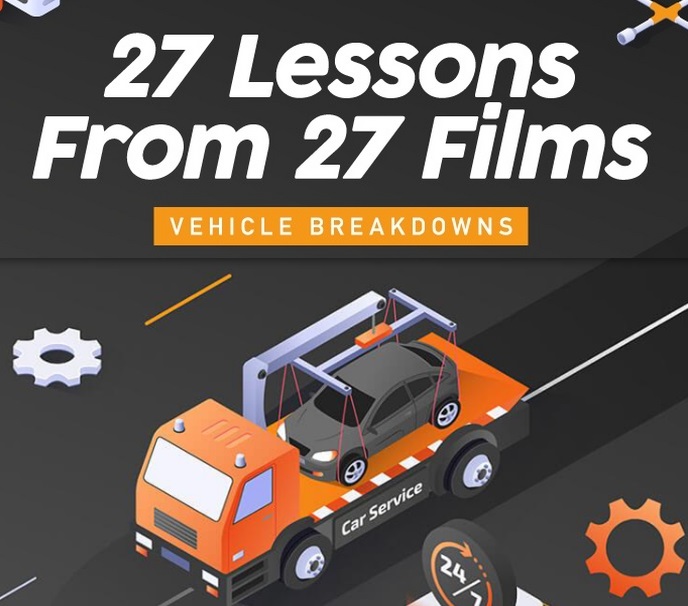 Ever since the very first silent, black and white movies, cars have had a prominent role in the Cinema industry. Granted, there are only a few titles where cars sort of have the leading role. But most movies rely on cars in at least a few supporting situations where, if it weren’t for the car connecting the scenes, the whole scenario would have become illogical. Now, as important as cars are in films, there is one typecast role, as it were, for cars that I bet you hadn’t considered before.

We know we hadn’t, until we come across this rather cool infographic from the guys at Halfords Autocentre. They have studied the “vehicle breakdowns in movies” and arrived at some interesting conclusions. Those roles evidently teach us a lot about breakdowns and, consequently, the importance of maintenance. How many times the hero or the heroine could have saved themselves so much trouble if only they had done proper car maintenance?

Without any further ado, let’s check out the infographic:

So apparently horror movies have the biggest share of car breakdown in the film industry. That makes sense if you think about it. Imagine you are a screen writer with a deadline to finish a script for a horror flick. You are at a loss as to how in the world should your character find himself in some sticky situation. Then it hits you. You can have his car go bang in the middle on the night, on some extra dark road. And he is alone, and he doesn’t know how to fix the car. So he is standing by the car scratching his head, when someone – or something – pounce on him out of the darkness…

You can probably write the rest of the scrip yourself. Joking aside though, the tips included in this infographic helps you avoid many a car trouble if you pay attention.