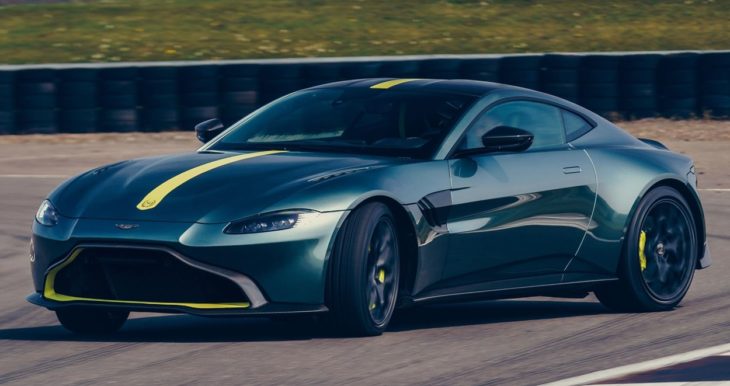 These days there is a lot of talk about transitioning and living one’s truth. And quite frankly, we find it all a bit much. But we have recently come across one transition we have liked a great deal, and that is how the Aston Martin Vantage has stopped lying to itself as to what it is, and become a full-on, snarling, hard-core, naughty sports car. This gender switch, as it were, is now fully established with the introduction of the new Vantage AMR.

We reckon we have Mercedes and their AMG gurus to thank for a lot of the good things happening to Aston at the moment. Ever since they took an active role in planning for them and supplying their cars with the right parts, Aston’s lineup started to make a lot more sense. As far as we can tell, the Germans have instructed the Brits to keep the DB11 a sort of traditional Aston, i.e. a big and comfy grand tourer with a large and fairly lazy engine and the kind of lustrous design that makes you let out a contented sigh of joy every time you see it, while the Vantage is slated to become an aggressive, edgy and exciting sports car.

In order to make that transition take effect, they have injected a healthy dose of testosterone into the baby Aston’s veins. Consequently, the car has a deeper, dirtier voice than before. Its once soft and lovely face is now wearing a permanent frown. And it has swapped all of its nice and sexy curves for bulging muscles and taut tendons. You only have to look at the two models side by side to notice how completely they have eradicated any trace of femininity from the Vantage and replaced it machismo. The same goes for the way the car drives. The previous Vantage was always a half-assed sports car and you got the feeling it was more at home driving around the city center looking at the shops. The new model, well, it doesn’t just turn everything up to eleven, it starts up there. 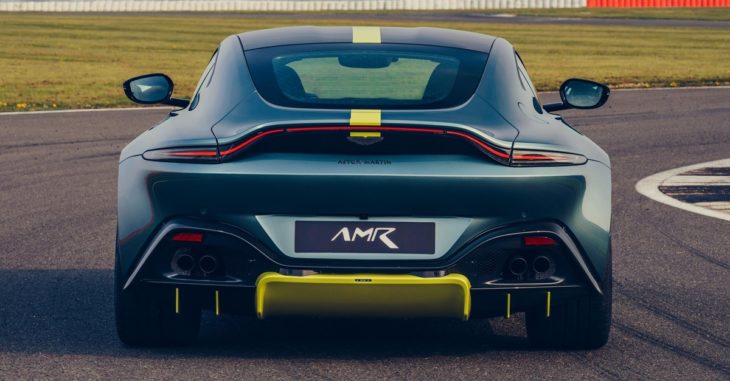 And now there is the Vantage AMR, which is a bit like a woman transitioning into a man, and then enlisting in the Special Forces. This son of a gun is extra hard-core, as you can tell by the fact that it is a whopping 95kg lighter than the regular version, and boasts a seven-speed manual gearbox. That’s right, a manual. This car is not for sissies, nor does it care much for trends and fashion. It’s just a brutal, bastard of a machine, and it is just fantastic. Yes, yes, the engine is the same AMG 4.0 liter V8 and they haven’t even bothered upping the power (it has the same 510PS/625Nm output). And yes, there is still a lot of Mercedes stuff inside the cabin and in the infotainment system. But who cares? The Vantage AMR certainly doesn’t!

So no, this isn’t a car that would appeal to every one, most certainly not the typical Vantage buyers, the wives of rich men the world over. And neither is the regular version, for that matter. Aston recognizes this, which is why they are only producing 200 units of the Vantage AMR, each priced at £164,995 in the UK, €209,995 in Germany and $204,995 in the USA. 141 of those 200 will be available in either Sabiro Blue, Onyx Black, China Grey or White Stone. The other 59 will be finished in Stirling Green and Lime in celebration of the 60th anniversary since Aston Martin’s triumphant 1959 24 Hours of Le Mans victory with DBR1, and sport a “Vantage 59” emblem.