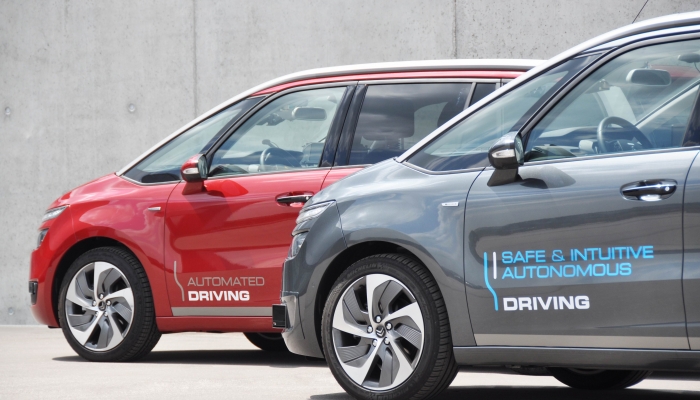 Many of us tend to think, in spite of all the evidence, that autonomous cars still have ways to go before becoming a viable, marketable mode of transport. We are waiting for a big, dramatic, crystalizing moment when they announce with real flourish the arrival of the self-driving cars. The truth is, like most other revolutionary technologies, autonomous driving is making its way into our live slowly but surely.

If you go and buy a brand-new family car today, pretty much anywhere in the world, chances are the vehicle comes with some form of autonomous technology already built in it. Most of you have heard of features such as adaptive cruise control and lane keeping assist, right? Well, what most don’t realize is that these are the building blocks of self-driving technology. Autonomous cars are nothing but regular cars equipped with technologies that automate some or all of the tasks hitherto assigned to the driver. But again, it is not going to be a big giant leap. It is happening step by step, phase by phase, so that by the time full autonomy is achieved, people are already used to it.

We talked above about the semi-autonomous technologies already fitted to cars. This is the first stage of the self-driving revolution, if you like. Here you can delegate some of the more mind-numbing parts of driving to the car. We’ve all been there: a long highway drive with nothing to see and nothing to do but follow the car in front. Well, now you can set the smart cruise control at a safe distance from the car in front, engage the lane assist and auto brake, and then sit and play with your smartphone the entire way while getting a massage from the seat. They call this in the business the hands-off stage. Next would be eyes-off, in which you can totally rely on the car to navigate itself through traffic while you, I don’t know, nap or something. It might sound far-fetched, but we already have all the technologies required for this – from super smart navigation systems, to sign recognition, and of course automatic driving operations such as steering and braking.

Where are going to go from there? Well, it’s anybody’s guess. The only sure thing is that these technologies will become increasingly, and exponentially, smarter. With the advances in cloud computing and internet of things, it is entirely within the realm of possibility to have cars that are more intelligent than us. If we absolutely have to complain about some part of it, though, we would raise the point that car makers should first implement the whole autonomy and electrification thing on the public and commercial transportation, and then bring it to the regular, day to day cars. What they are actually doing seems to be the opposite.