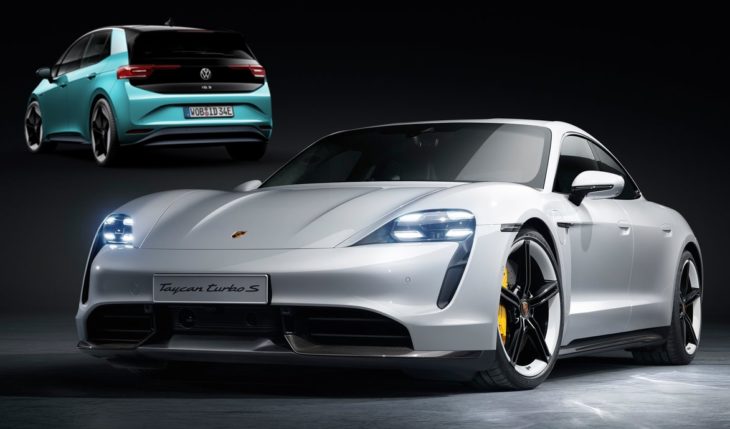 If there is one thing you can put your finger on as the overarching theme of this year’s Frankfurt Motor Show (IAA), it’s that it was decidedly electric. No, we don’t mean thrilling and exciting. Literally electric. And that’s fine and all, but a keen observer cannot help but notice that the EV scene is growing asymmetrically, as it were.

What we mean by that is, everything happening vis-a-vis the growth of electric motoring is happening at the either ends of the spectrum. You have the very high-end supercars and super saloons at one end, and city-dwelling hatchbacks at the other. The middle bit, which counts for the biggest chunk of the market, well, it is conspicuously under-represented. It is as though car makers have decided to each take up only one segment, with luxury brands going for the top end, and economy makers sticking to the lower stuff.

For a fan of electric motoring wandering through the IAA, that meant a leap from the small and cutesy VW ID.3 city car, all the way to things like the immensely impressive, immensely expensive Porsche Taycan. If said EV enthusiast was looking for, say, a mid-range sedan with a decent zero-emission powertrain, he was out of luck. For some reason this category of vehicle has yet to be recognized as a viable business model, even though, theoretically at least, it would offer the EV its best chance of going mainstream.

Part of the reason for that, as I’m sure you are all thinking it right now, is because of SUVs and crossovers. Those are what have caused the regular sedan market to diminish significantly over the past few years, and they seem to be doing the same in the world of electric motoring. The thing is though, auto makers don’t seem terribly keen on developing fully electric sport utilities that are affordable, either. Sure, there is the Audi e-tron and the Mercedes EQC, but again, not much to write home about in the middle sections, nothing for the middle class, if you like.

We reckon that has to do with the cost of developing electric cars. The damn things are still so expensive to build, it only makes sense for the manufacturers to develop them from scratch as high-end models that command high-end prices. Only then they stand a chance of making some money on them, which is the whole point. So even though they keep promising good things, don not expect a fully electric C-Class or A4 until China can make some cheaper batteries, and someone has invented a workaround for the charging issue, which to put mildly is still a bit of a faff.

As for the “EVs for the masses”, stuff like the Tesla Model 3 and the aforementioned VW ID.3, first of all, they are not affordable – not when you compare them to their fossil fuel-burning equivalents. What’s more, they are not what you can call business successes. Well, the Model 3 isn’t. As for the ID3, while VW is pretty optimistic about it, history teaches us that they are not above making huge flops. Which is why we reckon they are full of hot air on this one, too. They are going to be pissing money away with their EV effort until some crossover down the line become a hit and make up for the loss.