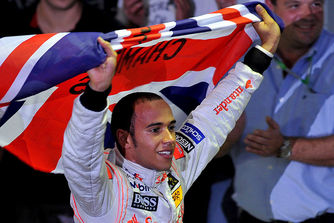 Rain, Bloody rain! it ruined it for Ferrari all season long! … What a race! What a sport!  Formula1 2008 season comes to an end in a dramatic way like last year. Lewis Hamilton won the world title by only one point over Fillipe Massa who won the Grand Prix! Massa came first and sent whole Ferrari crew and Brazilian fans to skies, at this point when he crossed the line Hamilton was sixth, but…a last minute overtake by the Brit was enough to change everything! he got Timo Glock and that was it! Lewis Hamilton secured the title by one point advantage. He deserved it, really. Hamilton is a brilliant driver and he has worked really hard for this. He is know the youngest Grandprix driver ever to win the world title.  Last year he lost the title to Kimi Raikkonen in this GP, Interlagos, by one point and this year things gone the same way , but in his favour. More than that he also got Nicole Scherzinger hanging around the paddock 🙂 looks like things are getting so beautiful between these two! though Lewis could do better!

Fillipe Massa on the other hand, felt victory and defeat within 5 seconds! This must be very hard for him emotionally , but he gotta be proud of his job this season, As Ferraries were not totally fit in all races.

Formula 1 has never been so exciting and unpredictable since Schumi era, but with the giant Michael out, the new generation of drivers are rising and put the Formula1 back into business again. Drivers like Robert Kubica, Timo Glock and Sebastein Vettel, as we’ve seen them this season, they are future stars of this sport and alongside current lineup of Masters like Hamilton, Massa, Raikkonen and others they gonna heat up the competition like it was never before. Unfortunately there are some speeches here and there that stupid rules are about to be set, like Standard Engines, or all other nonsense about going green and…, I hope they are all unfounded, becuz Formula one is a special sport, it is EXCLUSIVE, please don’t turn it to a football league !

It’s been a great season although lack of a dominating power like Schumi is like that X Factor missing, but it certainly promises much more excitement in upcoming seasons, and the best news is that next year it’s coming to Abu Dhabi, YAS circuit. Fan-bleeding-tastic!!! 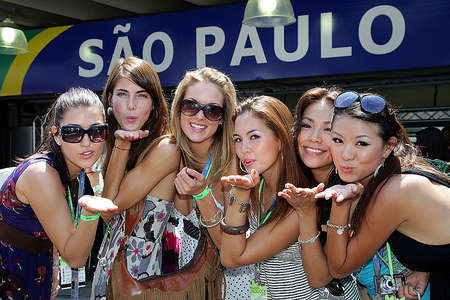